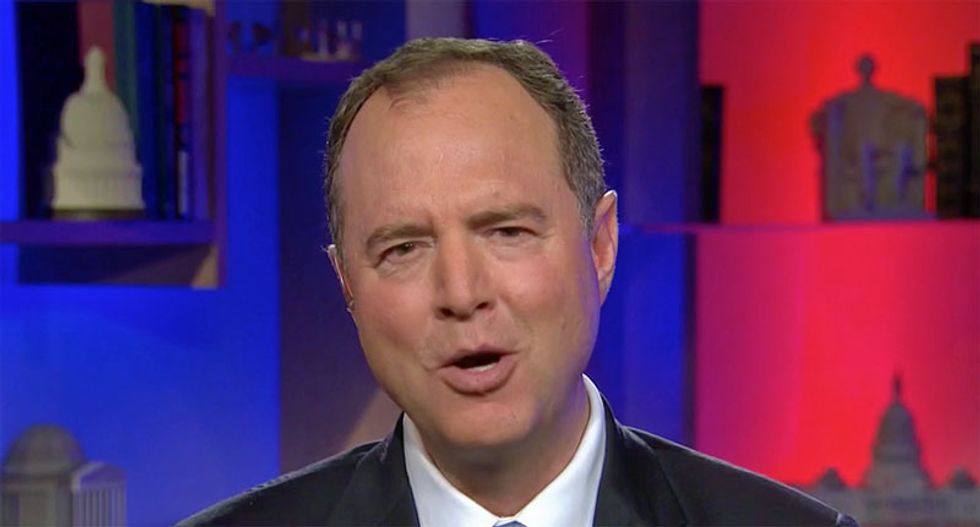 Rep. Adam Schiff on MSNBC's 'All In with Chris Hayes'

Rep. Adam Schiff suggested that a presidential pardon for Roger Stone would be an impeachable offense.

Judge Amy Berman Jackson sentenced the longtime Republican operative to 40 months in prison, saying Stone had lied to Congress and threatened a witness to cover up possible wrongdoing by President Donald Trump -- and Schiff sent a warning against a pardon.

"Roger Stone was found guilty of lying to Congress and threatening a witness," Schiff tweeted.

Schiff, who led the impeachment inquiry and trial, agreed with Jackson -- whose language echoed the lawmaker's "corrupt scheme and cover-up" indictment during the Senate trial.

"He did it to cover up for Trump. His sentence is justified," Schiff tweeted. "It should go without saying, but to pardon Stone when his crimes were committed to protect Trump would be a breathtaking act of corruption. "

Roger Stone was found guilty of lying to Congress and threatening a witness. He did it to cover up for Trump. His… https://t.co/RxeI4q9tsM
— Adam Schiff (@Adam Schiff)1582221004.0