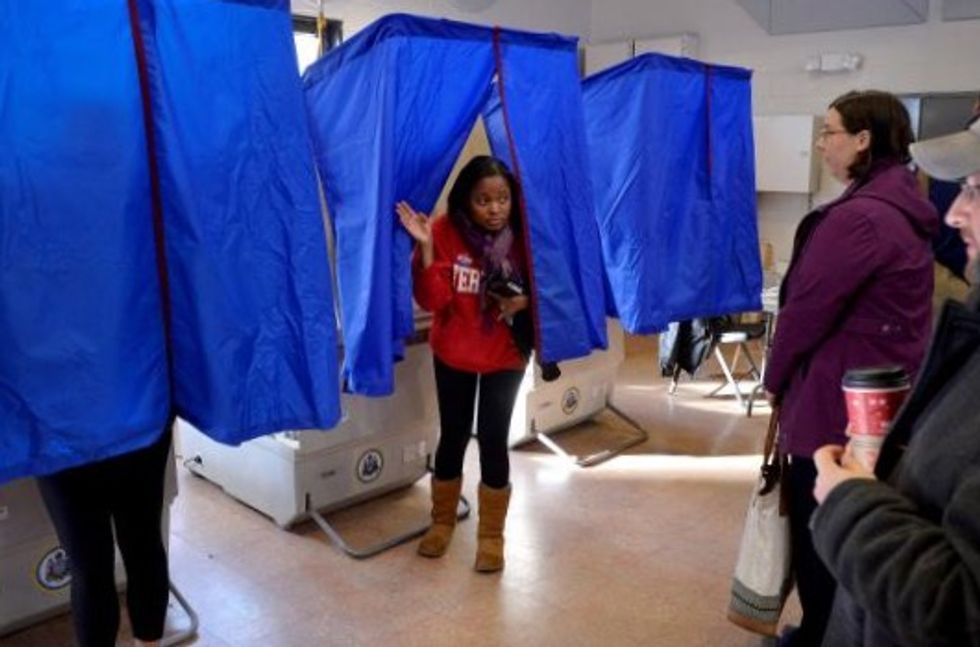 South Carolina's primary is just days away, but Will Jackson still hasn't made up his mind which of the three Democratic candidates he has checked out in recent days has the best chance of beating Donald Trump in November.

The 73-year-old African American veteran knows his vote on Saturday could have a defining impact on the race for the White House.

"I think the African-American vote in South Carolina is very important," he told AFP. "Those that think that it's not are fooling themselves and fooling the party."

The South Carolina primary is the first in the nation in which African Americans will have the largest say of any demographic group, accounting as they do for 60 percent of the southern state's Democratic voters.

The outcome here will offer the clearest indication yet which candidate has the backing nationally of the party's all-important black constituency, making South Carolina a key crossroad in the path to the nomination.

Jackson, wearing an army cap, has had a busy day.

He spoke with AFP at an afternoon campaign event with Joe Biden, in Georgetown on the state's central coast, before heading to a small rally in Myrtle Beach for Tom Steyer, a California billionaire banking heavily on a strong showing in South Carolina.

Earlier that morning, he had gone to a campaign event for former South Bend, Indiana mayor Pete Buttigieg, the youngest candidate and one vying to become the first openly gay president of the United States.

But Jackson is still undecided, a reflection of the race's uncertainties.

South Carolina's black voters are "a good barometer of what African American voters across the country are actually thinking about the Democratic Party," says Robert Greene, a visiting professor of history at Claflin University, a historically black college in Orangeburg, South Carolina.

Beyond that, the South Carolina result could also influence voting in the rest of the southern states, which have similar demographics and several of which vote three days later in the big "Super Tuesday" contests.

Historically, Democratic candidates who have won in South Carolina have gone on to win the nomination, with the exception of 2004.

For that reason, many black voters here say they are aware of the gravity of their decision, especially when what is at stake is four more years of Trump, a president they see as racist and who they accuse of whipping up white supremacism.

"My main purpose is to vote for somebody that can beat Trump, period," said Jackson.

Biden, who served as vice president to Barack Obama, the country's first black president, says he is certain of victory in South Carolina and hopes to prove he has the best chance to defeat Trump.

He is counting on South Carolina being a "firewall" of support for his flagging campaign.

"The African American community knows me, they have known me for many years," he told CBS at the end of a Democratic debate in Charleston Tuesday. "That's the base of my support, my whole career. That's one of the reasons why Obama chose me."

But after poor showings in three previous state primaries, the 77-year-old now has to prove that he is really the most "electable" candidate, the central claim of his campaign.

Kendall Deas, a political science professor at the College of Charleston, says Biden is helped by being "a known entity" to the state's black voters.

"But I think, also, African Americans are very pragmatic in terms of how they vote. They've seen some of his stumbles prior to coming into South Carolina."

So "although they know him, they are shopping around and looking at some of the other candidates right now," he told AFP.

Complicating Biden's bid has been the popularity of the social programs championed by the current frontrunner for the Democratic nomination, Bernie Sanders, whose universal health care program resonates in the black community.

He also has been bedeviled by the surprise ascent in state polls of Tom Steyer, whose denunciation of a pervasive "racial subtext" in American life has gained him favorable attention in South Carolina.

Besides the imperative of defeating Trump, the state's African American voters want progress in health care, education and the fight against racism, Greene said.

According to the RealClearPolitics polling average, Biden is leading Sanders among South Carolina voters by 34.3 to 20 percent, with Steyer in third on 14 percent.

Saturday's primary will also be crucial for Buttigieg, a 38-year-old centrist who has done well in predominantly white, early voting states but needs to show he can win black support if he is to remain relevant.

"Mayor Pete" made a pitch for support at a breakfast on Wednesday with black community leaders, including activist Al Sharpton, acknowledging his ignorance of the black experience.

"I'm mindful of the fact that I will never know what it is like walking down the street ... to feel eyes on me, believing me to be dangerous just because the color of my skin," he said. "And so the next best thing I can do is listen those who have."

A Florida appellate court ruled Friday that a trial judge abused his authority in ordering state government to retain a Black-access congressional district in North Florida before holding a full trial on whether the state’s Fair District amendment required doing so.

The 20-page opinion (docket here) from the First District Court of Appeal in Tallahassee arrived exactly one week after the same court reinstated an injunction against enforcing a congressional redistricting plan forced upon the Legislative by Gov. Ron DeSantis that abolished the district in question.

Former FBI Assistant Director Frank Figliuzzi voiced his disbelief on MSNBC that Uvalde Independent Schools Chief of Police Pete Arredondo was the on-scene commander who bungled the response to the mass shooting at Robb Elementary School on Tuesday.

Figluizzi was interviewed by MSNBC's Nicolle Wallace after more stunning revelations about law enforcement's response to the shooting.

Cole Wist was a Republican state House member in Colorado with an A grade from the NRA. Then, in 2018, he supported a red flag law, sponsoring a bill to allow guns to be taken away — temporarily — from people who pose an immediate threat to themselves or others.