Are you a cat whisperer? How to read Fluffy’s facial expressions 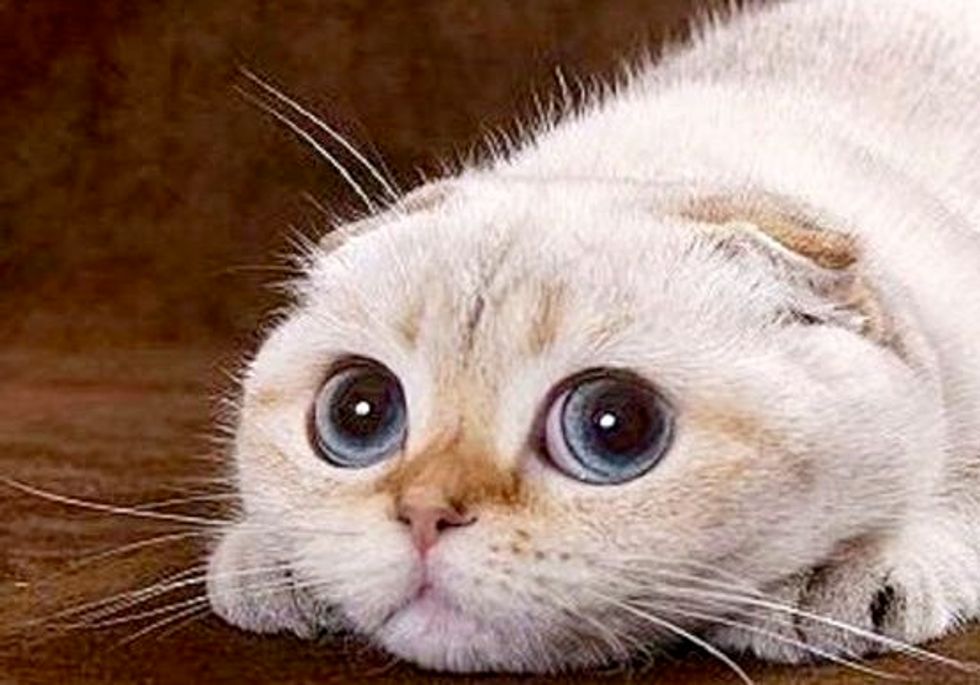 Cats also seem to be a great source of entertainment. There are two million cat videos on YouTube and counting, and countless internet-famous cats, like Grumpy Cat and Lil’ Bub, each with millions of followers on their social media accounts.

Despite the popularity of cats, as anyone who has been around a cat knows, reading cats is not always an easy task. One minute they can be seeking your affection and the next they can be swatting at you without any apparent warning. This leads to the question: are cats just jerks or are they simply misunderstood?

While cats may seem mysterious, their behaviour can help us to understand how they are feeling. The position of a cat’s body, head, ears and tail are all telltale hints.

An anxious or fearful cat may crouch down to the ground, arch their back, lower their head and flatten their ears. Fearful or anxious cats may also retreat backwards in avoidance, hide themselves, make their fur stand on edge (piloerection), growl, hiss, spit, swat or bite.

Conversely, a content cat may approach you with their tail up, with their body and head in a neutral position and their ears forward. When resting, they may tuck their paws in, or lay on their side with their legs stretched out. 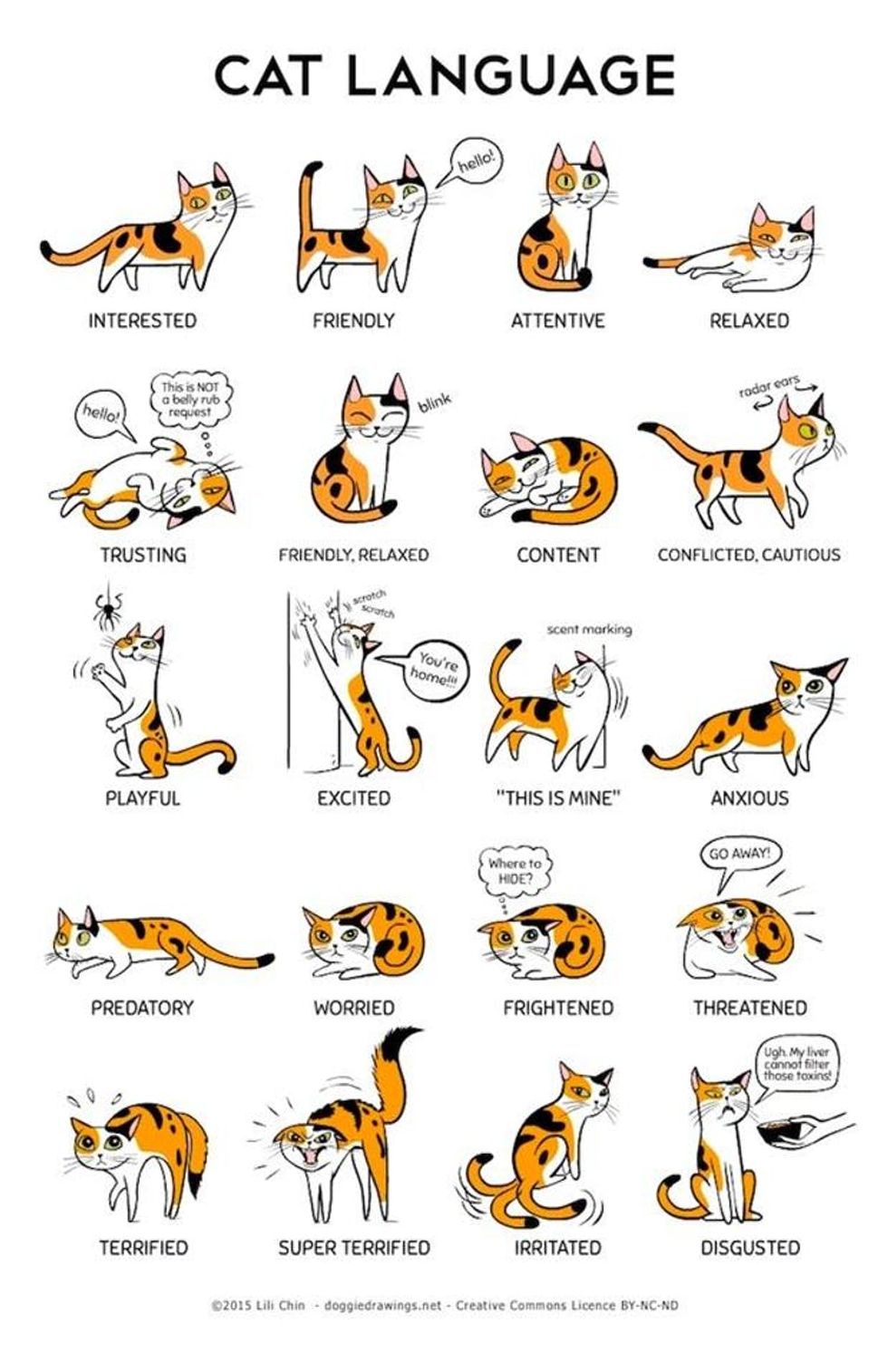 Cats’ emotions can be deciphered through their different behaviours.

Facial expressions may also be an indicator of how cats are feeling. Researchers have found that certain individuals can readily distinguish the images of cats in pain from those of pain-free cats. Despite this, the full range of cat facial expressions, including those made in positive situations, has not received much investigation.

The videos were carefully selected based on strict behavioural criteria and edited to only show each cat’s face, removing any potential body language or location cues.

An example of a video from the study: here, a cat is kneading in his favoured resting spot, a positive situation.

More than 6,300 people from 85 countries judged whether the cat in each video was feeling positive or negative. On average, people identified the correct expression 59 per cent of the time. While this score is slightly better than if people had simply guessed, it suggests that many people find the task of reading cat faces challenging.

An example of a video from the study: here, a cat is hiding in the examination room of a veterinary clinic, a negative situation.

Although most people were poor cat face readers, a small subset of people (13 per cent) were quite skilled, scoring 15 points or higher out of a possible 20 points.

Individuals in this group are more likely to be women than men. This is not surprising, since research has found that women are generally better at interpreting non-verbal emotional cues; this has been shown with human babies and dogs.

I found “cat whisperers” also tend to have experience working as a veterinarian or veterinary technician. People in these occupations encounter a large number of cats on a daily basis and must learn to interpret their behaviour to recognize illness and avoid injury.

Suprisingly (or not, depending on your personal experience as a cat owner), cat owners are not any better at reading cat faces than people who have never owned a cat. This may be because cat owners learn the intricacies of their own cat through continued interactions, but likely cannot draw on varied experiences when faced with a series of unfamiliar cats.

Being able to read and interpret these different facial expressions can help to ensure that cats receive appropriate care. For example, facial expressions can indicate when a cat may be in pain and require treatment. Being able to read cat faces can also improve the bond between cat owners and their cats, through an improved understanding of how their cats may be feeling.

While many people seem to struggle with reading cat faces, some individuals are able to read them well. This suggests that interpreting cat faces is a skill that could improve with training and experience.

Do you think you could be a cat whisperer? You can test your cat-reading abilities by taking this interactive quiz.