Bernie Sanders was so close to a primary against Obama in 2011 that Dems were 'absolutely panicked': report 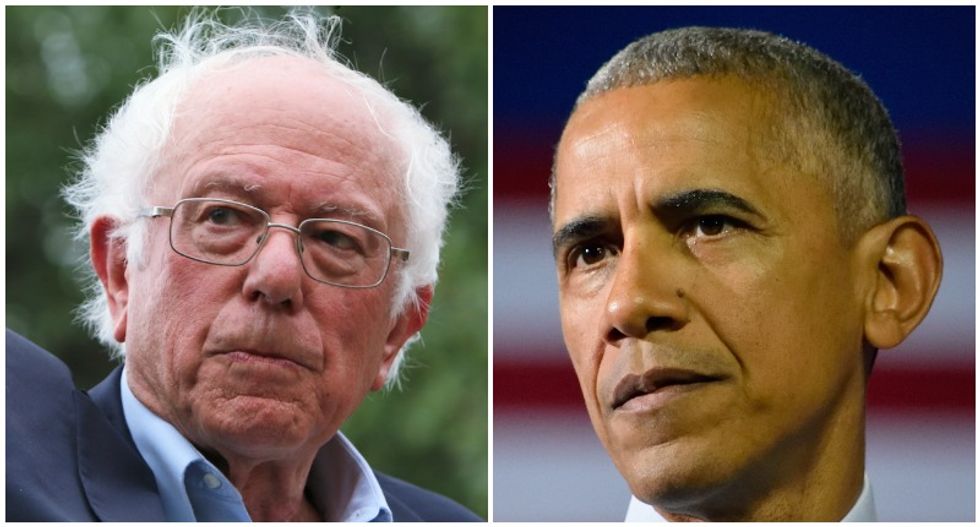 In an article for The Atlantic this Wednesday, Edward-Isaac Dovere recounts the time that Bernie Sanders tried to primary Barack Obama -- a move that Sanders was close to achieving that former Democratic Senator Harry Reid had to intervene to stop him.

The event, which hasn't been previously reported, took place in the summer of 2011 and reportedly had the Obama campaign "absolutely panicked"

While Sanders' Obama plan never went through, the relationship between the two has been strained ever since. "Now Obama, the beloved former leader of the Democratic Party, and Sanders, the front-runner for the Democratic presidential nomination, are facing a new and especially fraught period in their relationship," Dovere writes. "To Obama, Sanders is a lot of what’s wrong with Democrats: unrelenting, unrealistic, so deep in his own fight that he doesn’t see how many people disagree with him or that he’s turning off people who should be his allies. To Sanders, it’s Obama who represents a lot of what’s wrong with Democrats: overly compromising, and so obsessed with what isn’t possible that he’s lost all sense of what is."

Although Obama has made it clear in private conversations that he doesn't like the idea of Sanders as the Democrat's 2020 nominee, he has pledged to fight for the nominee whoever it may be.

Read more about the tense relationship between Sanders and Obama over at The Atlantic.