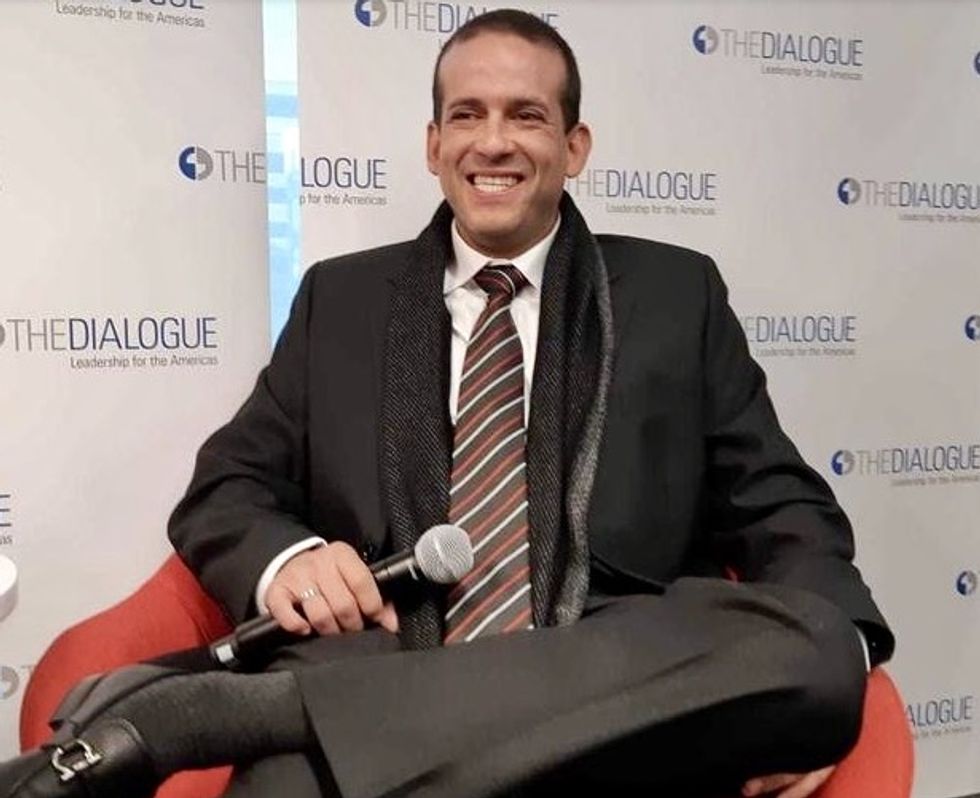 Bolivian presidential candidate Luis Fernando Camacho on Tuesday called on his rivals to form a single bloc to defeat former president Evo Morales's socialist party in the May election.

Right-winger Camacho is one of seven presidential candidates but was running fourth in the latest opinion polls conducted by Ciesmori, with just 9.4 percent.

The leader was Luis Arce, the candidate for Morales's Movement for Socialism (MAS), with 31.6 percent.

The other six candidates are all either centrists, right-wingers or conservatives.

Centrist former president Carlos Mesa was second in the polls with 17.1 percent, ahead of incumbent interim President Jeanine Anez with 16.5 percent.

But Arce -- who's candidacy has yet to be accepted by the electoral tribunal -- is inching closer to a share that could see him win outright in the May 3 election.

A candidate needs either an absolute majority or at least 40 percent and a 10-point lead over the nearest challenger.

Camacho said he would be prepared to step aside as long as others did the same, "so we can all get behind one single candidate."

The candidates met on February 1 in a bid to find unity and get behind just one person, but their attempt failed.

The electoral tribunal is due to rule on Arce's candidacy at the end of the week.

On February 10, the deadline for candidates to register, the tribunal said that Arce's presidential bid was lacking documents.

The tribunal is also due to rule on Morales's bid to stand for a Senate seat.

After almost 14 years as president, Morales resigned in November following three weeks of social unrest following his controversial election victory that would have given him an unconstitutional fourth term in office.

He fled abroad before accepting asylum in Argentina, but an arrest warrant has been issued against him in his absence.

The interim government accuses him of sedition and terrorism for allegedly urging his supporters to lay siege to major cities such as La Paz.

He has also been barred from standing for the presidency, which is why he has targeted the Senate.

Ahead of the electoral tribunal's decision, MAS complained of a "political attempt... to eliminate our candidates by petty and anti-democratic interests."