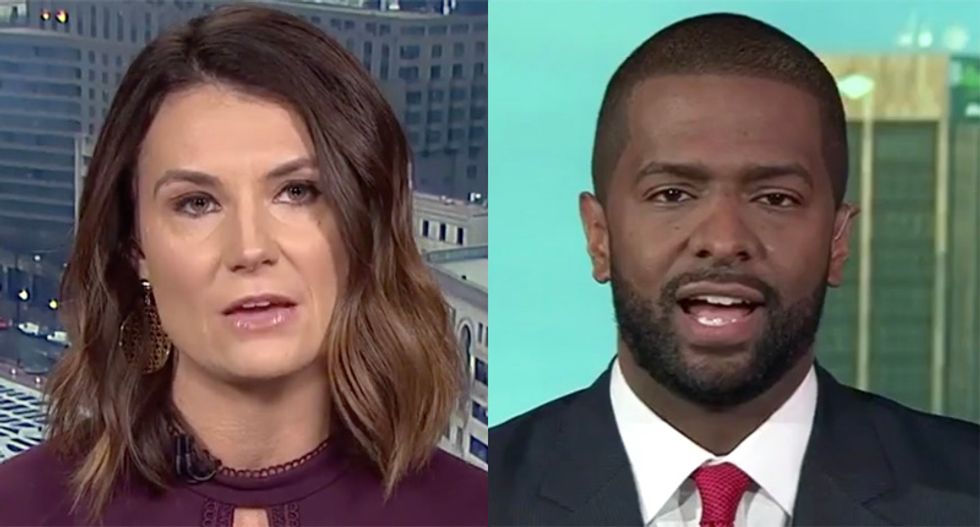 During a panel discussion on CNN's "New Day," regular contributor Bakari Sellers laughed and then schooled guest political analyst Krystal Ball's contention that the legacy of former President Barack Obama is on the line in Tuesday's New Hampshire primary.

Speaking with host Alisyn Camerota, Ball, who hosts a program for The Hill, claimed that a repudiation of former Vice President Joe Biden by voters on Tuesday is -- by extension -- a referendum on the Obama presidency.

Following a clip of the former president warning against a "circular firing squad," among Democratic contenders, Ball addressed Biden's struggles with voters in New Hampshire according to the polls.

"Remember back in 2016, Democrats watched with delight as Republicans tore each other to pieces," Ball recalled. "Donald Trump leading the charge, 'Lying Ted, Little Marco,' all that stuff and look who is in the White House now, alright?"

"I would also say some people call these litmus tests, we call it having principles and the fact of the matter is in a lot of ways Barack Obama's legacy is on the line," she continued. "Joe Biden has been running and absolutely putting himself in the camp of continuing the Obama legacy and right now voters are essentially repudiating that. So there is no doubt that Obama has his own interest at stake here and I think that's part of why you see him making these comments."

As Ball spoke Sellers began laughing and, given a chance to respond, stated, "Yeah, well, we are an interesting party."

"I think everyone knows that Democrats like to fall in love and Republicans fall in line like they did with Donald Trump, but Barack Obama's legacy is not on the line -- it's not on the line with Joe Biden or anyone else," he continued.

"I think that for a lot of my friends this disagreement that Krystal and I are having now is because they sometimes underestimate the value of what Barack Obama's legacy truly is," he explained. "Barack Obama's legacy is the fact that, you know, you have young people of color throughout this country who looked up and now believe they can be a leader of the free world. His legacy is making sure 90 percent of Americans now have health care and insurance in this country. His legacy is much larger than any partisan primary battle and I think that as we get to South Carolina, as we get to Super Tuesday where actual black folk are voting, not Iowa and New Hampshire where the base of the party, my mom and her friends are voting, we will actually begin to understand and flesh this out way more."