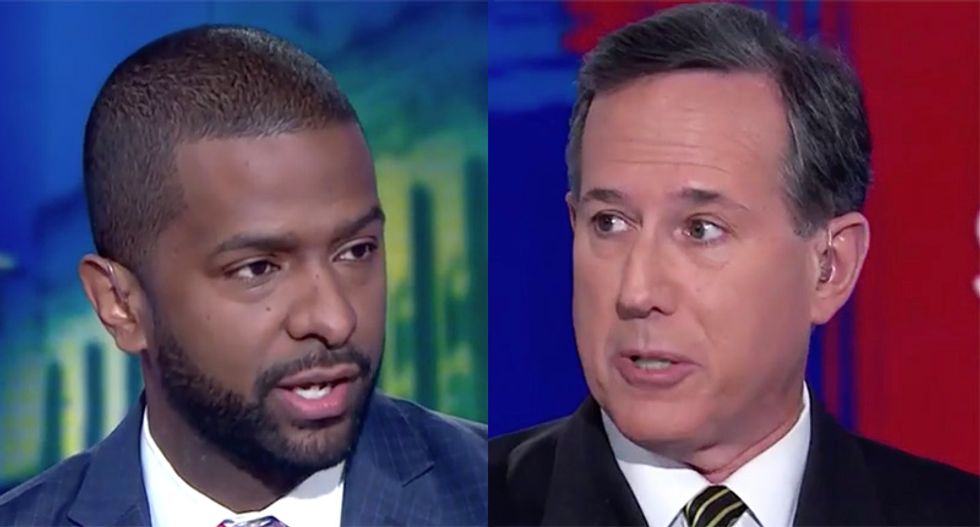 Responding to conservative commentator Linda Chavez who called both Sanders and Trump "two angry people," Santorum remarked, "I wanted to take issue with what Linda said: two angry folks representing the extremes, and I would agree with that, with Bernie Sanders, and he is representing, no question, the extreme of the Democratic Party and he says that he is a socialist and he is angry, I agree."

"But Donald Trump is not representing the extreme of the Republican party, and he has crafted a new Republican Party, but I would not say it is ultraconservative," he continued which drew both laughter and cross-talk from the panel.

"Hold on, " Santorum said over the protests. "This guy is not for Social Security reform or Medicaid and if you want the look at the extreme hard right, that is not Donald Trump."

With Chavez jumping on to say, "On cultural issues, he is representing the extreme. He is divisive racially and ethically" Sellers then inserted, "With all due respect, this is the Donald Trump Republican Party and it is going to be Donald Trump's Republican Party for the next two decades and he as completely transformed the conservatives in the United States of America."