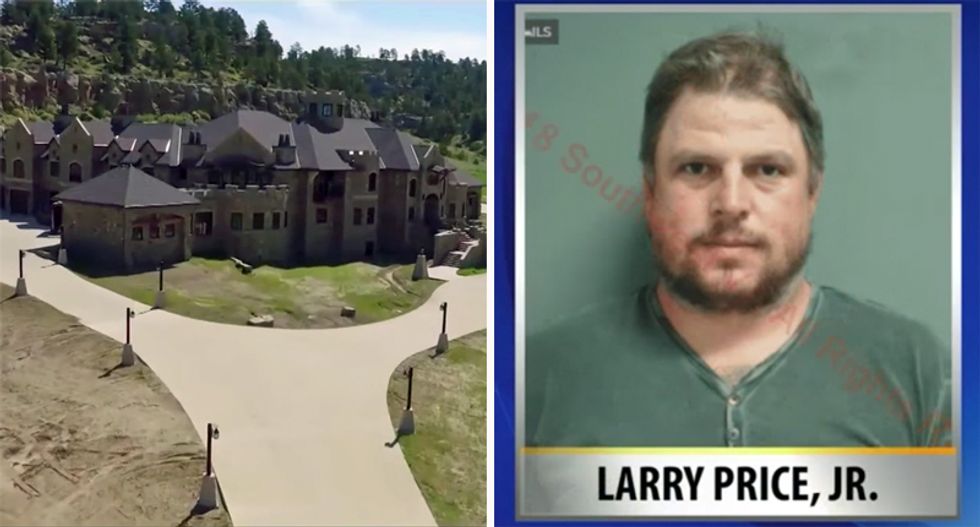 The fallout continues from the death-faking scandal involving a Montana coal magnate.

"The personal assistant for disgraced coal magnate Larry Price Jr. was given probation on Thursday for illegally possessing firearms," The Billings Gazette reported Thursday. "Todd Allen Irwin, 50, moved to Montana from Virginia to work for Price, he told U.S. District Judge Susan Watters. The job in part required him to live in Price’s home and maintain access to Price’s gun stash, which held 57 firearms."

Irwan had a criminal conviction in South Carolina that prevented him from owning guns.

Price "was the kind of person you didn’t say no to,” Irwin said. “My wife refers to it — it was almost like a cult."

Price made international headlines in 2003.

"A businessman who told police he had been drugged and kidnapped by a pagan biker gang after his wife reported him missing has been charged with faking the story as part of a ruse to run away with his mistress," the British newspaper the Daily Mail reported at the time.

Price is scheduled to be sentenced in August.

"The developer of a huge mansion in Billings’ Ironwood subdivision admitted in federal court in Billings Tuesday to embezzlement and defrauding three companies of more than $20 million and lying to investigators about a false abduction," KTVQ reported in December. "Larry Wayne Price, Jr., 38, pleaded guilty to three counts of wire fraud, conspiracy to commit money laundering and false official statement."

"Prosecutors had said he used the embezzled $20 million to develop and build the 26,000-square-foot mansion on Canyonwood Drive, on Billings West End, which is the city’s largest home. The listing price was $17 million this summer," KTVQ noted.