Conservative drops mic on complicit press trying to maintain access to Trump: 'He's a raving lunatic ... tell it like it is' 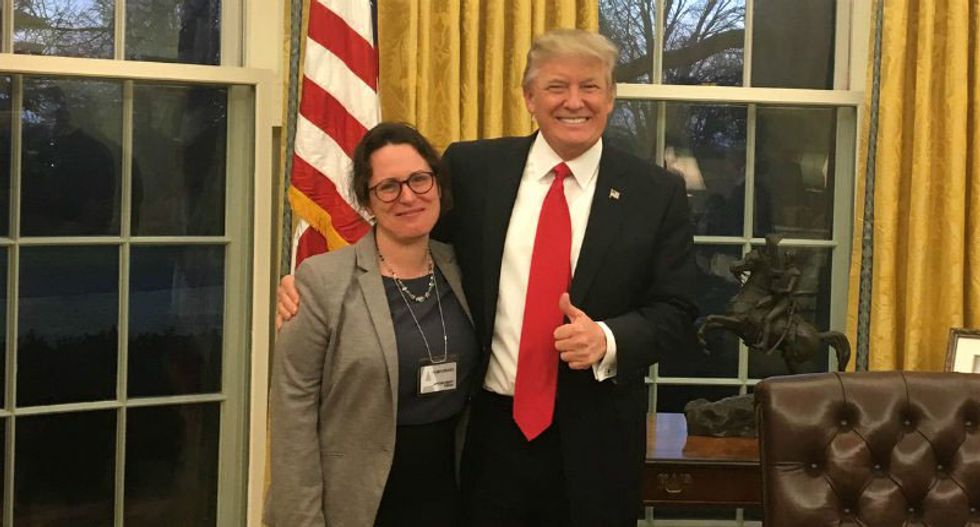 Appearing on MSNBC's "AM Joy" conservative Washington Post columnist Jennifer Rubin excoriated members of the press who -- in the pursuit of appearing "objective" -- refuse to "tell it like it is" when reporting on President Donald Trump.

Speaking with host Joy Reid, Rubin -- one of the president's more avid critics -- got right to the point.

"I think there are two things, "Rubin began. "One, I think that this notion of objectivity of balance has been so inculcated into the media that they now don't call it like they see it at all because they are walking on eggshells."

"When the president had that out of control press conference if you could call it that, when he was rambling on and on, they were so restrained, they described it as a celebration," she continued. "No, he was a raving lunatic. You need to use the words, the verbs and correct description so you give the public a feel of how dangerous this guy is. That is not being biased -- that is being accurate and revealing the danger this guy poses."

"We've talked about this in terms of putting his statements in headlines which are which are patently false and no longer playing the stenography game and this is what the president said and this is what Adam Schiff said and this implicit belief that the public will just figure it out by themselves," she added, before exclaiming, "Tell it like it is."