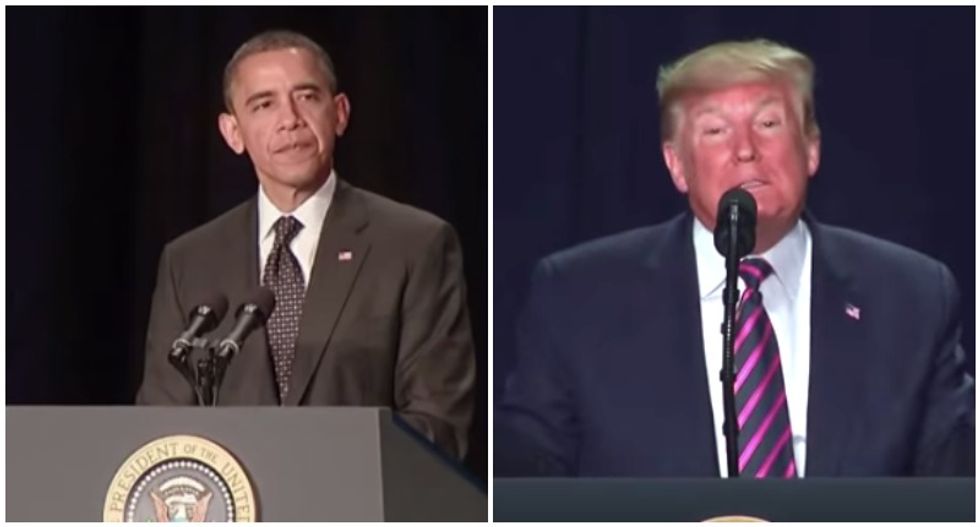 If President Donald Trump's self-aggrandizing speech at the National Prayer Breakfast seemed different from past presidents, it was -- and this supercut video shows how much.

The president took aim at his political enemies Thursday and questioned their religious faith, which stands in stark contrast to former President Barack Obama's address at the annual prayer event, according to a video put together by "Jimmy Kimmel Live."

Check out the results here: