Donald Trump Jr. one of only 3 people who wants to legally kill an Alaskan grizzly bear this year 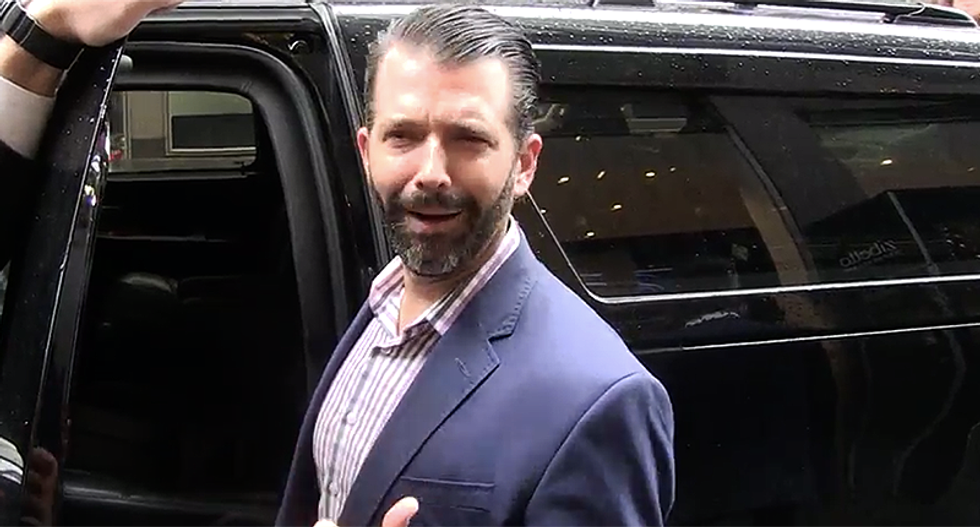 According to a report from Reuters, Donald Trump Jr. has been awarded an out-of-state permit from Alaska to hunt and kill a grizzly bear this year making him one of only three who applied for one of the 27 permits available.

The report states the son of President Donald Trump has "been granted the right to hunt a grizzly bear in northwestern Alaska near the Bering Sea town of Nome, a state official said on Friday."

"The son of U.S. President Donald Trump was one of three people who applied for 27 spots for non-resident hunters targeting grizzlies in a designated region of northwestern Alaska’s Seward Peninsula, said Eddie Grasser, the wildlife conservation director for the Alaska Department of Fish and Game," the report continues with Grasser adding, "We get thousands of applications" and that it comes down to “pure chance, luck of the draw."

Most of those applications are for hunting caribou, moose and other animals throughout the state.

The report goes on to note that few are actually interested in killing a grizzly bear, stating, "there was little competition. Twenty-four tags for hunting bears in that region went unclaimed, Grasser said."