Doug Collins won't take over intelligence agencies for Trump: 'Not a job that would interest me' 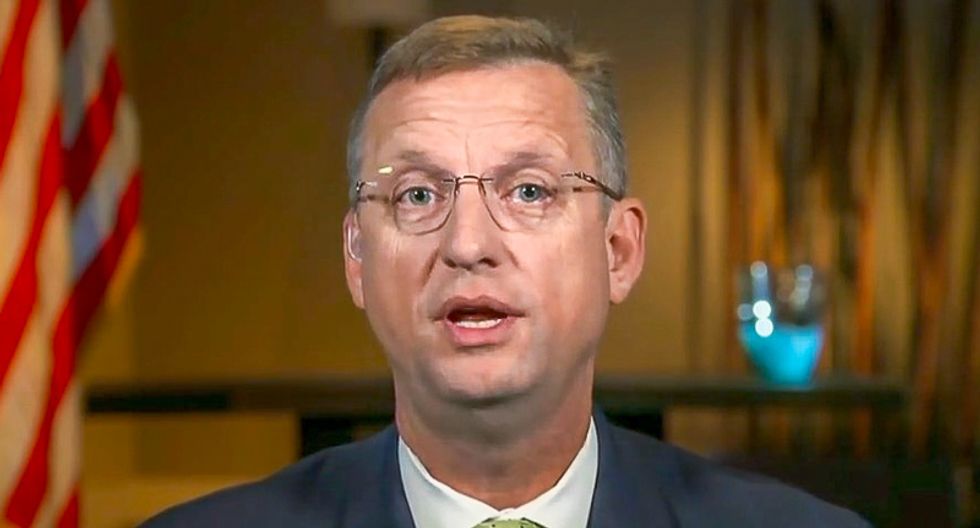 Rep. Doug Collins (R-GA) knocked down speculation that he would take over as President Donald Trump's director of national intelligence.

The Georgia Republican, who's one of the president's staunchest defenders in Congress, had reportedly been considered for the role that Trump just filled on an acting basis with German ambassador Richard Grenell.

"It's not a job that would interest me, not one that I would accept," Collins told Fox Business Network. "I'm running a Senate race in Georgia."

The president was reportedly angry with his last acting director Joseph Maguire after one of his deputies told the Democratic-led House Intelligence Committee that Russia was again trying to interfere with the 2020 election on Trump's behalf.

"Let me tell you right now, I know the problems in the Intelligence Committee," Collins said.

But he won't be the one to make changes sought by the president.

"It is humbling," Collins said. "It's amazing to have the president think that much of you, to mention my name among others to be this position."

@SenatorLoeffler On @FoxBusiness this morning, @RepDougCollins says it’s not gonna happen: “This is not a job that’… https://t.co/fU3WxaYoNI
— Greg Bluestein (@Greg Bluestein)1582286672.0