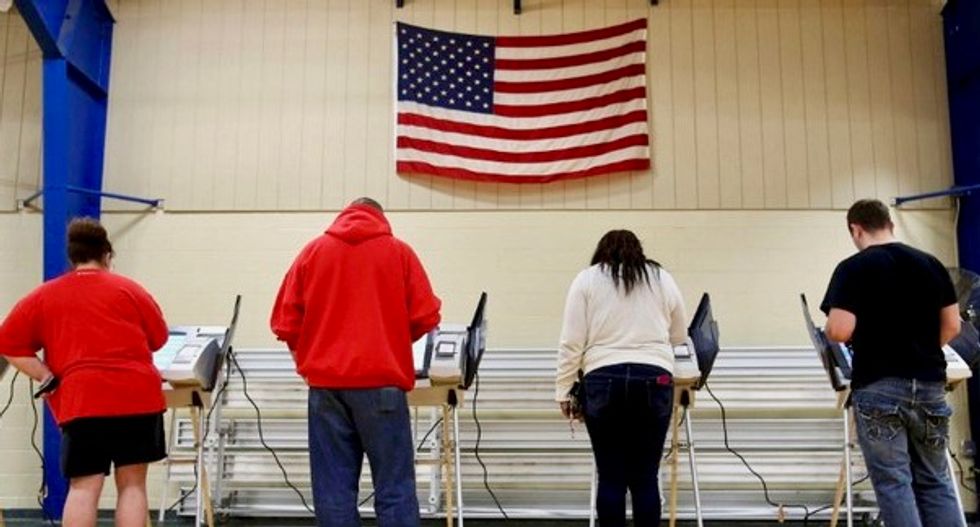 "A win over voter suppression is a win for the people of Wisconsin."

Voting rights advocates applauded a Wisconsin appeals court ruling Friday which is set to stop a voter purge from going forward—sparing more than 200,000 people from having their names removed from voter lists.

A three-judge panel unanimously rejected a lawsuit filed by conservative law group Wisconsin Institute for Law & Liberty arguing that the voter purge of about 209,000 should go forward ahead of the 2020 election.

The decision represented "good news for democracy for all," tweeted Mary Kay Henry, president of the SEIU.

The voter purge was put on hold last month while the 4th District Court of Appeals considered the case.

As Common Dreams reported in December, voters across Wisconsin were notified last year that their names would be removed from the rolls if they did not confirm their address with the state election commission. The state told residents the purge would not take place until 2021, spurring the Wisconsin Institute for Law & Liberty to attempt to institute the purge before the general election in November.

More than half of the voters who were targeted for the purge lived in districts that Hillary Clinton won in 2016. President Donald Trump carried the state with fewer than 23,000 more votes than Clinton, making the purge of likely Democratic voters even more consequential.

Pro-democracy think tank Demos wrote that the "discriminatory" purge would have "disproportionately [removed] voters of color from the rolls."

👀Looks like the discriminatory voter purge won't be happening in #Wisconsin. Our research showed this purge would… https://t.co/cUlg0KoMap
— Demos (@Demos)1582915631.0

In Wisconsin, purged voters can register again later or on Election Day when they show up at the polls, assuming they have the required documentation. However, when the purge was originally approved last year, the state Democratic Party warned the move would prevent eligible voters from voting.

"A win over voter suppression is a win for the people of Wisconsin," tweeted Democratic state Rep. David Crowley in response to Friday's ruling.

The Wisconsin Democratic Party warned Friday that the case would likely be appealed to the state Supreme Court, and called on voters in the state to support Judge Jill Karofsky in the upcoming judicial election on April 7. Karofsky is running against Judge Dan Kelly, who has been endorsed by Trump and was appointed to the court by former Republican Gov. Scott Walker.