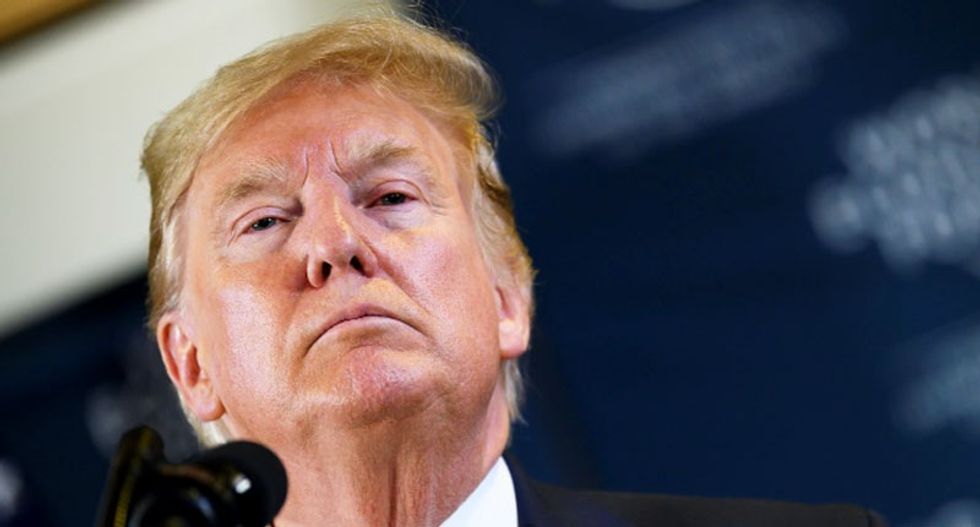 According to a report from the Washington Times, Maryland Republicans are up in arms after an AP history teacher at a local high school used a slide to illustrate similarities between Donald Trump's policies and those of the Nazis.

The report states, "A slide used in an Advanced Placement history class at Loch Raven High School in Towson shows a picture of Trump above pictures of a Nazi swastika and a flag of the Soviet Union. Two captions read 'wants to round up a group of people and build a giant wall' and 'oh, THAT is why it sounds so familiar!'"

According to the report, a copy of the slide was forwarded to Republican officials by state Del. Kathy Szeliga (R), who stated, "It is horrific. It is educational malfeasance.”

The report notes that "Baltimore County Councilman Wade Kach called it 'a piece of propaganda' that didn’t belong in a classroom."

A spokesperson for the school district noted that the slide is not part of the normal curriculum, but also added, that "students in advanced high school classes are 'discerning, intelligent students who are going to be able to draw their own inferences and draw their own conclusions.'"