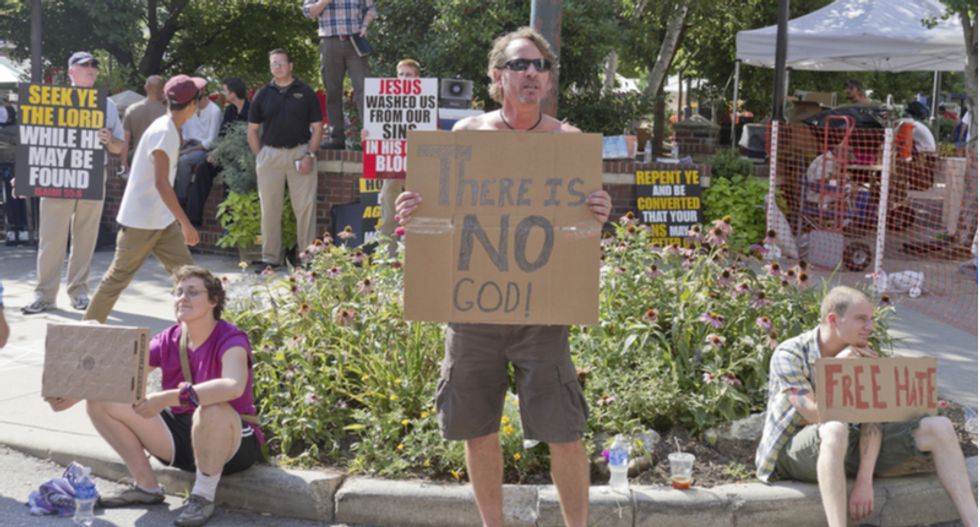 Over the last quarter of a century, the number of people claiming no affiliation to any sort of religion has grown exponentially. But according to research released this week by three political scientists, that trend might be slowing. According to their findings, Generation Z (those born from 1981 to 1996) isn't looking any less religious than their predecessors, Religion News Service reports.

“I was just shocked to see it,” said Paul Djupe, a professor at Denison University in Granville, Ohio. “Everything led me to expect that (the number of nones) would keep increasing for a while.”

One factor could be attributed to the growing racial diversity of the United States. African Americans, Hispanics and immigrants from Africa and Asia tend to be more religious than Americans, the researchers found. Another reason could be the cooling of the culture wars. Wedge issues such as LGBTQ rights, abortion, women's rights have been settled in many respects, making the fight for and against them less prominent. As a result, "both liberals and conservatives have joined up with like-minded congregants or dropped out of religion altogether."

According to the researchers, "it became more acceptable for those marginally religious to report being unaffiliated, which likely contributed to the sharp uptick in nones over such a short time. Now, that group has largely already claimed that status, and those who remain affiliated are committed to their faiths and likely to remain more stable."

Read the full report over at Religion News Service.