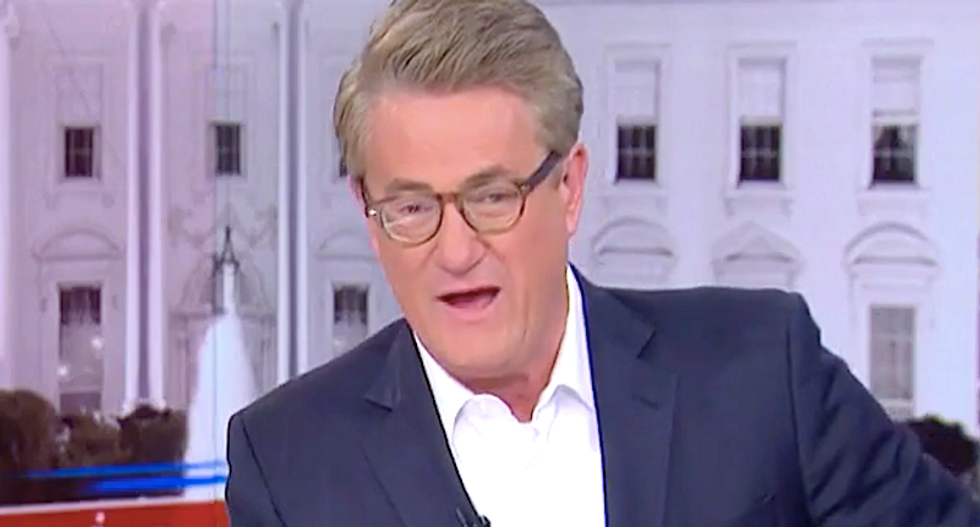 MSNBC's Joe Scarborough pounded Republican senators for ignoring his warnings about President Donald Trump, and giving him a "blank check" to engage in whatever abuses he likes.

The president and Attorney General William Barr are meddling in the prosecutions of Roger Stone and others caught up in special counsel Robert Mueller's probe, Trump is punishing witnesses in his impeachment trial, and the "Morning Joe" host reminded GOP senators that he'd warned them about Trump in 2016.

"He's going crazy, he's firing American heroes, kicking them out of his White House, he's asking for [Lt. COl. Alexander] Vindman, a guy who is an American hero, literally an American hero, war hero, to be prosecuted for telling the truth about what Donald Trump did," Scarborough said.

Scarborough then called out GOP senators who expressed concern about Trump's actions toward Ukraine but voted to acquit him anyway.

"What are you thinking right now, Susan Collins and Lamar Alexander?" he said. "I'm curious if you really still think that Donald Trump learned his lesson, or if the lesson that Donald Trump learned was with senators like you giving him a blank check, he can do whatever the hell he wants. Vindman -- that's on you. [EU ambassador Gordon] Sondland -- that's on you. Roger Stone -- Susan Collins, that's you on, and Lamar Alexander, it's on you, and it's on every Republican that taught Donald Trump once again there are no consequences to his actions. So this is your fault, this is your country."

Scarborough reminded Sen. Rand Paul (R-KY) and others that he'd warned them Trump would act like a "would-be dictator," and he said that's exactly what they got.