'He's going to ratchet it up': Ex-Trump official warns acquitted president will abuse his power even more 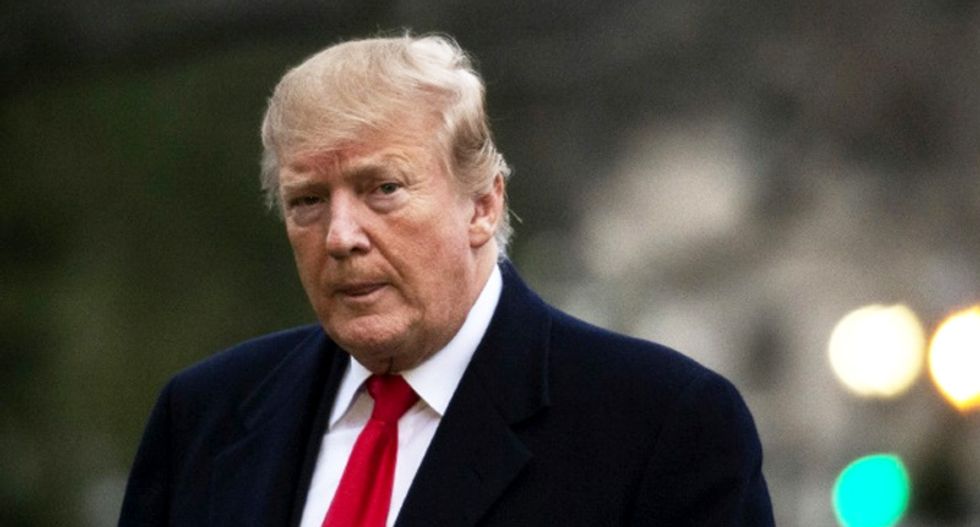 In a long New York Times piece on what to expect from Donald Trump should he survive his Senate impeachment trial and subsequently be re-elected, a former White House official in his administration said Americans can expect the president to feel unrestrained by the law as he goes about abusing his powers.

According to the report, "With the end of the impeachment trial now in sight and acquittal assured, a triumphant Mr. Trump emerges from the biggest test of his presidency emboldened, ready to claim exoneration and take his case of grievance, persecution and resentment to the campaign trail," before predicting, "Now Mr. Trump, who has said that the Constitution 'allows me to do whatever I want' and pushed so many boundaries that curtailed past presidents, has little reason to fear the legislative branch nor any inclination to reach out in conciliation."

As Mickey Edwards, a former Republican congressman, explained, "I don’t think in any way Trump is willing to move on. I think he will just have been given a green light and he will claim not just acquittal but vindication and he can do those things and they can’t impeach him again. I think this is going to empower him to be much bolder. I would expect to see him even more let loose.”

The report points out that Trump likely believes he can't or won't be impeached again and -- even if he was -- Senate Majority Leader Mitch McConnell has already proven to be a stalwart defender willing to bend logic or rules to keep him the Oval Office.

That the report states, likely means the president will do as he pleases.

"While in theory nothing in the Constitution would prevent the House from impeaching him again, as a political matter that seems implausible given that he has demonstrated his complete command over congressional Republicans led by Senator Mitch McConnell of Kentucky, leaving the president less to fear from a Democratic House," the Times reports. "Some House managers warned that acquittal would lower the bar for presidential misconduct, meaning that Mr. Trump would feel even freer to use his power for his own benefit because he got away with it."

Scaramucci said, at this point, “The one person who absolutely can beat Trump is Trump."

According to former lawmaker Newt Gingrich, "He’s obviously legitimately pretty angry,” and that Trump will probably declare a full-on war on the Democrats, with the Republican predicting, “Given that he’s a natural counterpuncher, he may decide to go after them.”

“That’s not his best strategy,” Gingrich admitted. “His best strategy is to assume that the Democrats are totally out of control, that they will not be able to keep fighting. If he appears conciliatory, they’re going to very badly damage themselves with average voters who are going to say these guys are pathological. He has that option“I’m not saying he’s going to take it.”