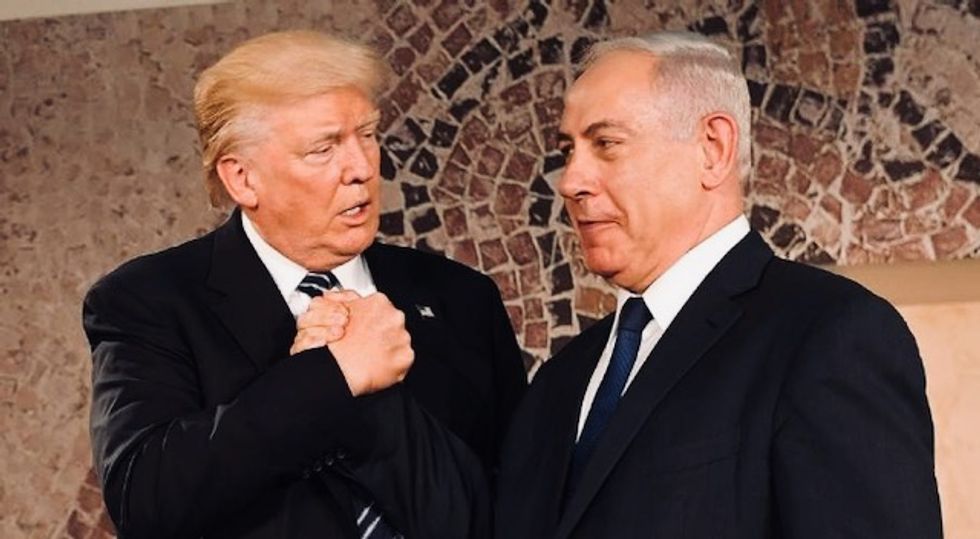 President Donald Trump’s Peace Plan aimed at solving the conflict between the Palestinian Arabs and Israel appears to be doomed to failure, based on historical precedents.

History has taught us that every attempt by the United States to settle the Arab Israeli conflict by advancing its own peace plan has failed.

The Alpha Plan devised by the United States and Britain at the end of 1954 specifically called on Israel to make territorial concessions in the Negev, in southern Israel. In addition, Israel had to agree to a land corridor in the Negev so as to connect Jordan with Egypt. Last but not least, the Alpha Plan urged Israel to accept the inflow of Arab refugees into its sovereign territory.

Israel stated that it could not accept the terms of the Alpha Plan. Egypt, for its part, refused to negotiate with Israel as it was unwilling to recognize it as a sovereign state.

In 1969, the US Secretary of State William Rogers advanced a peace plan which called on Israel to withdraw to the boundaries existing prior to the Six Day War of June 1967, with minor territorial modifications.

Although Israel made it clear it was ready to negotiate with its Arab neighbors and make peace with them, the conditions entailed in the Rogers Plan were unacceptable as they called for a withdrawal of Israel to the lines existing prior to the Six Day War, with only minor border changes.

The Arab countries, for their part, rejected the Rogers Plan as it entailed Arab official recognition of Israel.

The Reagan Plan of 1983 which was proposed by the United States in the wake of the First Lebanon War, called on Israel to agree to the establishment of a Palestinian autonomous entity to be linked to Jordan. President Ronald Reagan had discussed the terms of the plan in advance with some Arab allies, but not with Israel. Israel had been informed of the plan only hours before it was made public.

Feeling betrayed by this treatment, Menachem Begin, Israel's prime minister, said to US ambassador Samuel Lewis that Israel was not a banana republic and would not consent to being treated as such.

The Reagan Plan was also rejected by the leadership of the Palestinian Arabs, who thought it fell short of their minimum demands of an independent Palestinian state in the West Bank and Gaza, including East Jerusalem, and the Right of Return of the Arab refugees to Israel.

The Clinton Parameters, drawn up by President Bill Clinton in the wake of the failed Camp David Summit in the year 2000, called for the establishment of a Palestinian State on most of the West Bank and Gaza, leaving under Israeli sovereignty the main blocks of existing Israeli settlements. This failed to lead to a peace agreement between Israel and the Palestinian Authority.

Although peace plans advanced by the United States have invariably failed, efforts at mediating have been more successful when no detailed proposals are laid out in advance.

The United States successfully played the role of mediator in the aftermath of the Yom Kippur War in 1973. Then Secretary of State Henry Kissinger's Shuttle Diplomacy led to three interim agreements, two between Israel and Egypt and one between Israel and Syria. This diplomatic feat was achieved by third party mediation, which was not preceded by a US public announcement of the precise conditions the sides concerned were supposed to accept.

The same applies to President Jimmy Carter, who in September of 1978, at the Camp David Summit, played the role of mediator between Egypt and Israel. The Camp David framework agreement for peace, which laid the basis for the Egypt-Israel peace agreement, was a corollary of that diplomatic effort. Again, Carter did not present a blueprint for peace or specific terms for an agreement, but helped bring it about by actively mediating between the Egyptians and Israelis.

It must be stressed: not every effort at mediation has been successful; but every successful effort by the United States to achieve an agreement between Israel and its Arab neighbors has been attained by mediation, without putting forward in advance either a peace plan or detailed terms for them to accept.

Yoav Tenembaum is a lecturer in the Diplomacy Studies Program at Tel Aviv University. He obtained his doctorate degree in Modern History from Oxford University and his master’s degree in International Relations from Cambridge University. He did his BA in History at Tel Aviv University. Articles by him have been published in various journals, magazines and newspapers in the United States, Britain, Israel, Argentina and other countries. Yoav Tenembaum was born in Argentina and has lived in various countries including Argentina, Britain, the United States and Israel.