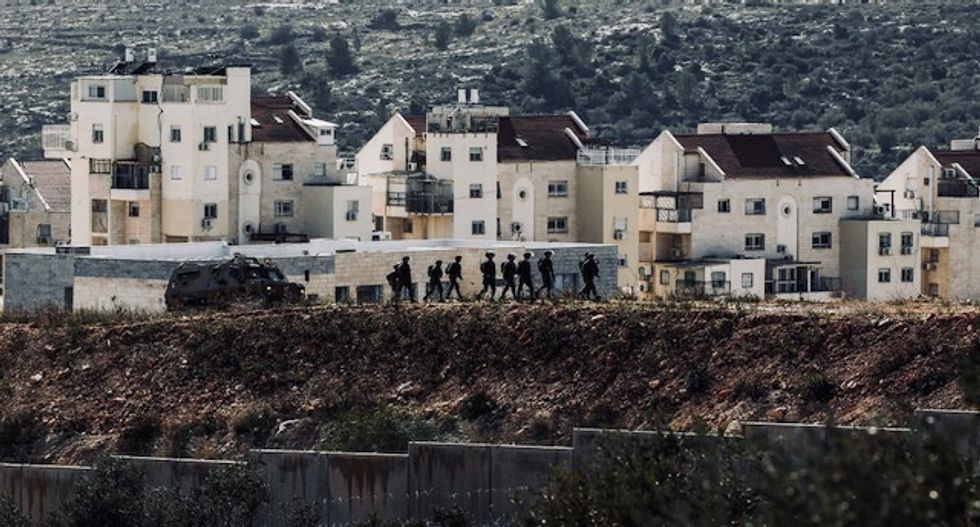 Israel on Wednesday rejected as "shameful" the UN's publication of a list of 112 companies that do business in settlements, while the Palestinians cheered its long-delayed release as a "victory for international law".

The publication "is a shameful surrender to pressure from countries and organisations who want to harm Israel," Foreign Minister Israel Katz said in a statement.

He noted that multiple countries had expressed concern about the list, produced by the office of UN rights chief Michelle Bachelet on a mandate from a 2016 Human Rights Council resolution.

US President Donald Trump, a close ally of Israel's rightwing government, has reported put significant pressure on the UN to shelve the report.

"This announcement enhances and consolidates the credibility of the Human Rights Council and international organisations in the face of the fierce attack and the intense pressure that the Trump administration places on these institutions," Erekat added.

About 600,000 Israelis live in Jewish settlements in the occupied Palestinian territories, which are considered illegal under international law.

The Yesha Council which represents settlers said the list showed the UN had "once again proven to be a biased, non-neutral body that acts against the State of Israel".

Israeli officials have voiced concern that the UN list would be used to justify a large-scale boycott of the country's private sector.

They have also more broadly questioned the legitimacy of the Human Rights Council.

Israel is the only country with a dedicated agenda item at the Council, meaning the Jewish state's conduct is automatically discussed at each session.

The United States, which no longer considers settlements illegal, has withdrawn from the council, in part over its treatment of Israel.