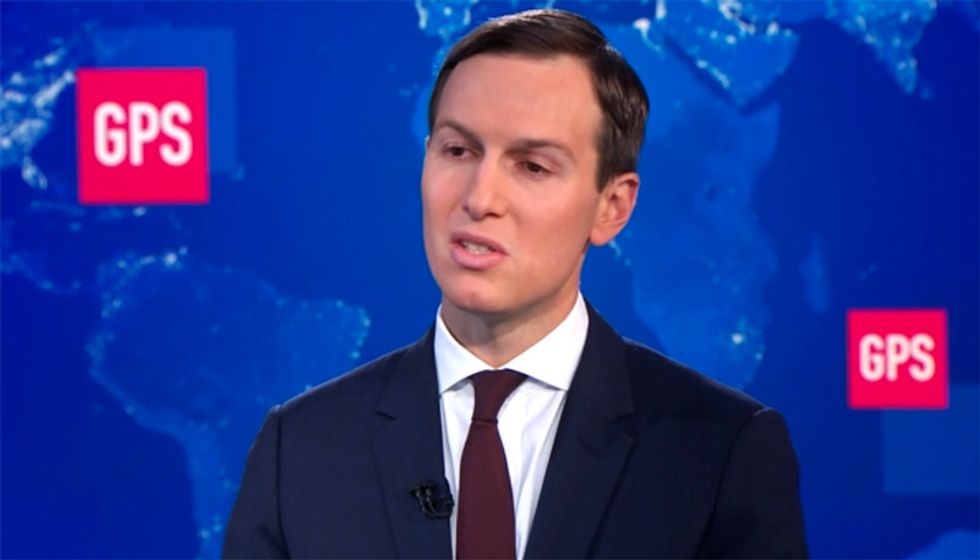 In an interview to be broadcast on Sunday on CNN, Donald Trump's son-in-law Jared Kushner tells CNN's Fareed Fareed Zakaria that former national security adviser John Bolton -- as well as other now-departed White House officials -- didn't "have what it took" to serve under the president.

CNN reports, "Kushner went on to suggest that Bolton and other senior former officials, including former Defense Secretary James Mattis and former White House chief of staff John Kelly, didn't have the chops to perform their jobs to the level needed."

As one might expect, Kushner -- who is no danger of being fired since he is married to the president's favorite child -- was hammered on Twitter.

Trump is 'daring the DOJ to come and get him' over more missing documents: NYT's Haberman

During an appearance on CNN's "Inside Politics" on Friday afternoon, the New York Times' Maggie Haberman claimed Donald Trump is deliberately trying to provoke another confrontation with the Department of Justice over missing government documents.

Reacting to a report she contributed to that states that government officials believe the former president is still in possession of government property, the journalist suggested that Trump is drawing a line in the sand in his battles with the DOJ.

ORLANDO, Fla. — Though Hurricane Ian will be measured by the death and destruction it caused across the state, experts warn the storm’s aftermath will also include lingering harm to many Floridians’ mental health. Deborah Beidel, a psychologist and University of Central Florida psychology professor, said those who found their homes uninhabitable after the storm may experience trauma responses to cope with the losses. “You might be experiencing a lot of depression at this time because everything that you build your entire life in some cases has been washed away,” Beidel said. Beidel has been se...