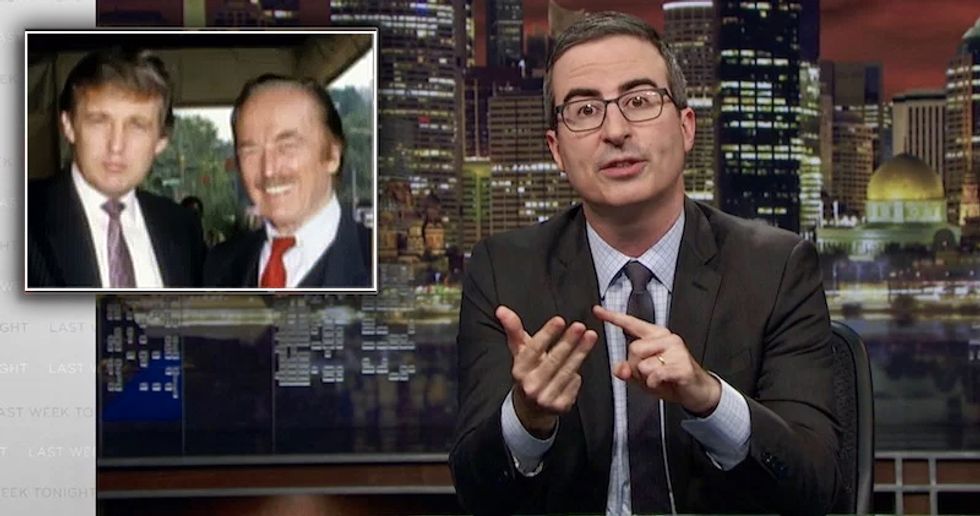 While "Last Week Tonight" host John Oliver closed his show with an assessment of India, he included in it an all-too accurate diagnosis of President Donald Trump's "daddy issues."

But it was the past reference Trump made to Modi that caught Oliver wondering if Trump's past was showing in his desperate attempts at parental approval.

"Yeah, that's not so bad. You remember what a father is, right?" Oliver asked. "It's a guy who brings the family together by giving them lots of money but never emotional validation. Sure, that means the remainder of your life is a series of grasping quests for recognition and unconditional love from everyone around you. And if anyone doesn't love you enough, you hate them and want them to die in prison. But living this kind of life is kind of like being in a very nice boat, making friends think you're the best and anyone who doesn't think that is a small hole in your boat and it lets the water in, and eventually you sink below the waves, and there's nothing left but you drowning in a silent, screaming, abyss that your father bestows you as your gruesome birth-right."

He explained that Modi is a lot like that, but for India.

You can see Oliver's diagnosis below: