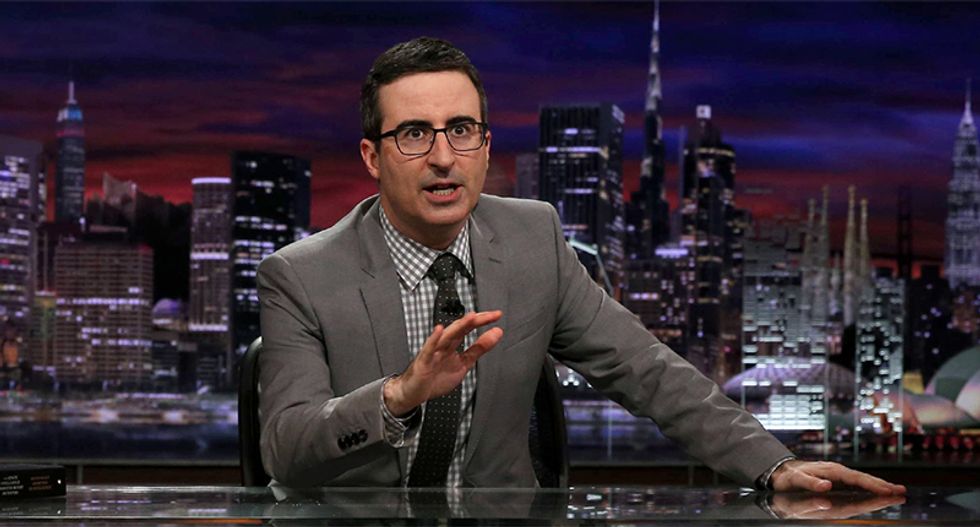 HBO host John Oliver returned Sunday evening after a cascade of unending news. On his season premiere of "Last Week Tonight," Oliver began with the announcement that on the break, the U.S. nearly went to war with North Korea, if you're sick, you probably have the coronavirus, and you'll be dead within an hour, and a "bitch" won the latest Westminster Dog Show.

When it came to President Donald Trump's acquittal, Oliver

But when it came to the president's impeachment, Oliver nailed Sen. Susan Collins (R-ME), who announced on CBS Evening News that the whole experience changed him.

"What are you talking about, Susan!?" Oliver exclaimed. "Of course he hasn't learned his lesson. Trump never learns his lesson. This is the man whose first-born child was Donald Trump Jr., and he kept having children!"

Oliver then turned to the Roger Stone debacle.

"Was it really a miscarriage of justice, though?" Oliver asked, responding to a news report about Trump's complaints. "Because, bear in mind that Stone was found guilty on seven counts, the sentencing was within established federal guidelines. Plus, look at him! I know you're not supposed to profile people, but look at him! Look at him!"

Oliver then cycled through several of the most bizarre photos of Stone dressed in flashy, bizarre, or ostentatious outfits.

"His dress code is 'business scoundrel!' He looks like a mannequin at a department store for Dick Tracy villains! He looks like a guy whose day planner just says 'Frame Roger Rabbit!' Look at him!" Oliver exclaimed.

Whatever people think, the judge is the one who decides on the sentence, and there is an appeal process in place for Stone. The way the U.S. justice system works depends more on what people's skin color is, how much money you have, and whether the judge has already had lunch, Oliver explained.

He then played clips of "genuinely terrifying" comments from Fox News, saying that the Justice Department isn't independent and is supposed to do whatever the president says.

"Susan Collins may have been right about one thing," Oliver closed the segment. "Trump did learn a lesson from his impeachment trial. Specifically, I can get away with anything because no one will hold me accountable.'"