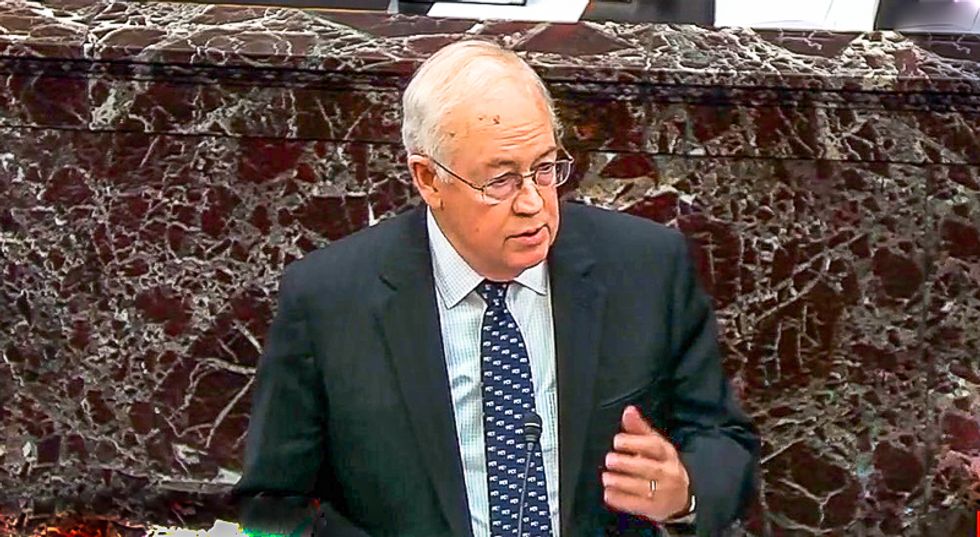 "We hear the voice of Dr. Martin Luther King, Jr. and his dream-filled speech about freedom," Starr told the U.S. senators in attendance. "The Lincoln Memorial, which stood behind Dr. King as he spoke on that historic day. Dr. King is gone, felled by an assassin's bullet, but his words remain with us."

"And during his magnificent life, Dr. King spoke not only about freedom, freedom standing alone, he spoke frequently about freedom and justice," Starr continued. "And in his speeches he summoned up regularly the words of an abolitionist from the prior century, Theodore Parker, who referred to the moral arc of the universe -- the long moral arc of the universe points toward justice."

The FBI identified Wednesday the attacker who killed a police officer on a bus platform at the Pentagon and forced the US Defense Department into lockdown, but gave no motive for the attack.