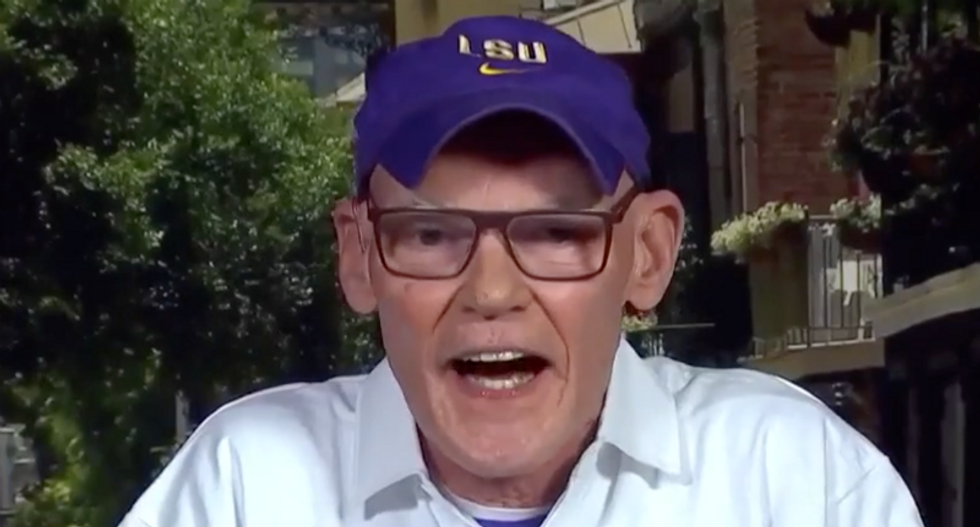 Supporters of Sen. Bernie Sanders (I-VT) were blasted on MSNBC on Saturday by committing "political suicide" in the 2020 general election.

"The entire theory that by expanding the electorate, increasing turnout, you can win an election is the equivalent of climate denier," Carville claimed. "People say that, they're as stupid to a political scientist as a climate denier is to an atmospheric scientist."

"That's just a fact, there's no denying it," he added.

"You're describing what sounds a lot like political suicide," said "Deadline: White House" host Nicolle Wallace. "I think we need a psychologist to understand that."

After a commercial break, "Hardball" host Chris Matthews piled on, comparing it to the fall of France to the Nazis.

"I'm will Carville all the way in terms of the dangers of what lurks -- what lies ahead in November, I'm very much aware of them," Matthews said.

Matthews added that he thinks Carville is "damn smart and he is damn right on this one."