MSNBC’s Morning Joe and Mika claim almost every Republican agrees with Romney: ‘They’re just too scared to say it’ 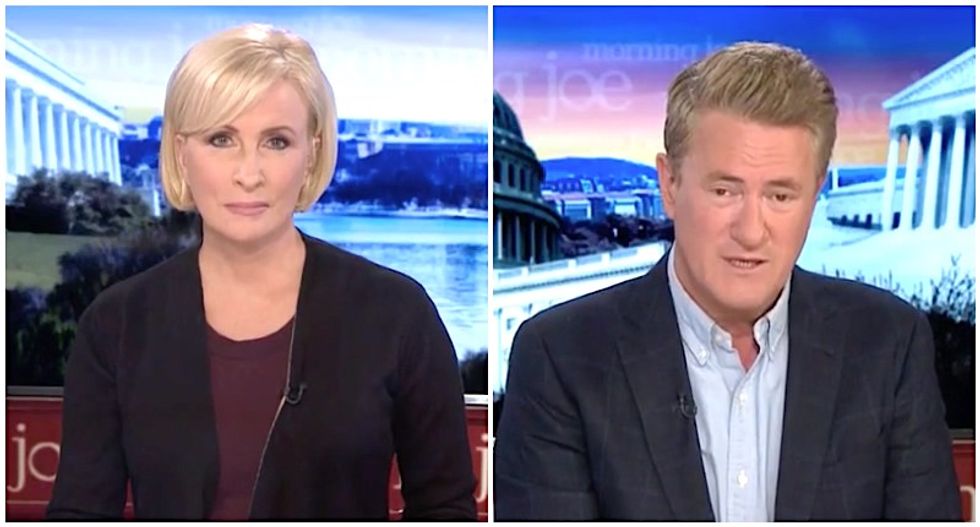 MSNBC's Joe Scarborough and Mika Brzezinski agreed that Sen. Mitt Romney's impeachment speech exposed his Republican colleagues as cowards -- and they all know it.

The Utah Republican crossed party lines and voted to convict and remove President Donald Trump, and he explained in a Senate speech that his religious principles had given him no other choice.

"I spoke with somebody close to Mitt yesterday, really close," Scarborough said, "who said that one of his biggest concerns was he didn't want to put people that he worked with, had great respect for and genuinely liked, his colleagues, didn't want to put them in a bad position, but knew he had no choice. He had to do what he had to do, and so he did it."

But Romney understood the political and personal risks his decision carried, Scarborough said -- even though plenty of his Republican colleagues agreed with his assessment of the impeachment case.

"A lot of people around Mitt Romney, when you ask them, well, how concerned is Mitt?" Scarborough said. "He's concerned, but at the same time, he's only saying on the floor of the Senate what every other, or almost every other Republican is saying alone at night about Donald Trump, or to friends at night, when the cameras are turned off and the microphones are away."

"I mean, Mitt Romney really is speaking more for the Republicans in the Senate, what they truly believe, than Donald Trump," he added. "They were just too scared to say it when the lights were turned on in the Senate, when the cameras were on, when the microphones could pick up their voice and broadcast it."

Brzezinski agreed Romney's act required courage, but she said it shouldn't have.

"Everything he was saying was so basic and fact-based, but for some reason given the climate, it was stunning to hear," she said. "Conservative writer Windsor Mann writes, 'Romney did the unthinkable. He told the truth about a man who never tells it on purpose.'"