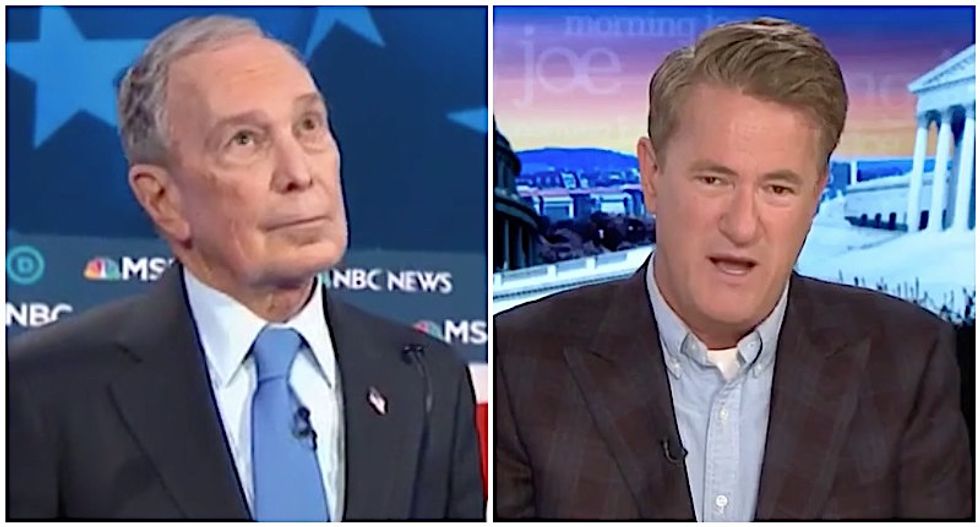 The "Morning Joe" host said the billionaire and former New York City mayor seemed terribly unprepared for the attacks against his lengthy business and political record, and Scarborough said Bloomberg failed at the most basic skills.

"I think for Democratic professionals who saw this guy as their political savior to save them from Bernie Sanders, they had to be disappointed last night because he was bad in politics 101," Scarborough said. "They'll forgive a candidate that can beat Donald Trump for just about anything, but you're right, it's called a pivot."

Sen. Elizabeth Warren (D-MA) hammered Bloomberg on his record with women, and Scarborough showed how easily he could have changed the subject and stayed on message.

"'Listen, I'm not going to get into that,'" Scarborough suggested. "'Let me tell you what actually matters, this is how I'm going to help women when I beat Donald Trump because' -- and then list the things that Donald Trump has done, the retrograde policies, how he's going to move America forward, that's what Americans care about, but he wasn't good at any of it."

Bloomberg couldn't even hold his ground when he got interrupted, Scarborough said.

"For a guy worth $55 billion and says he can run the world, he couldn't even run his own microphone last night," Scarborough said. "So I'm wondering if, for the Democratic political class, his biggest sin last night was being so woefully ill prepared and ill-equipped."