North Carolina Sen. Thom Tillis' re-election is in trouble -- and Republicans are trying to select his opponent 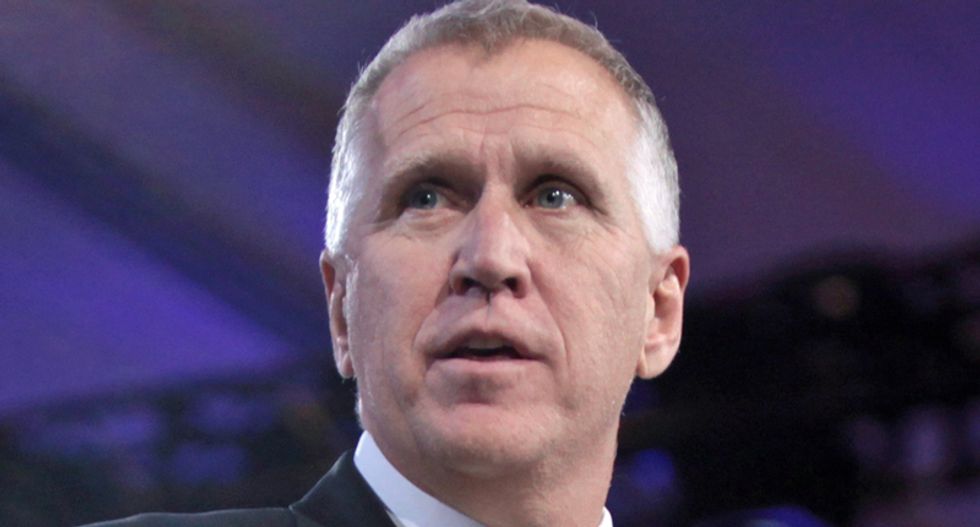 On the heels of Sen. Thom Tillis' (R-NC) vote to acquit President Donald Trump, it became painfully apparent that the Republican Party is starting to panic about his re-election efforts.

CNN.com reported Wednesday night the first significant ad buy for Democrats came not from Sen. Bernie Sanders (I-VT) or with support of Rep. Alexandria Ocasio-Cortez but was backed by Republican conservatives speaking out for state Sen. Erica Smith.

"Faith and Power, a new political action committee with ties to Republicans, formally launched on January 29 and quickly placed a $1.56 million broadcast ad in the Democratic primary, according to filings with the Federal Election Commission and the Kantar Media's Campaign Media Analysis Group," CNN quoted.

Smith has less than $100,000 in the bank, while her Democratic opponent Cal Cunningham has $1.7 million in the bank.

"The winner of the Democratic primary will face Republican Sen. Thom Tillis, who may prefer to run against Smith," CNN explained.

It's hardly the first time a candidate has tried to pick his or her own opponent. In the past, Democrats would choose far-right Republicans to advocate for behind closed doors because they would be easier to beat. Those times have clearly changed. Now, far-right Republicans in red states are desperately looking for far-left Democrats they can boost to be their opponent.

"The media buyer, Neylan and Partners, has worked on behalf of Republican campaigns before, including a super PAC supporting Carly Fiorina's 2016 presidential campaign as well as Americans for Tax Reform," CNN reported. "Neylan and Partners did not immediately respond to a phone call for comment."