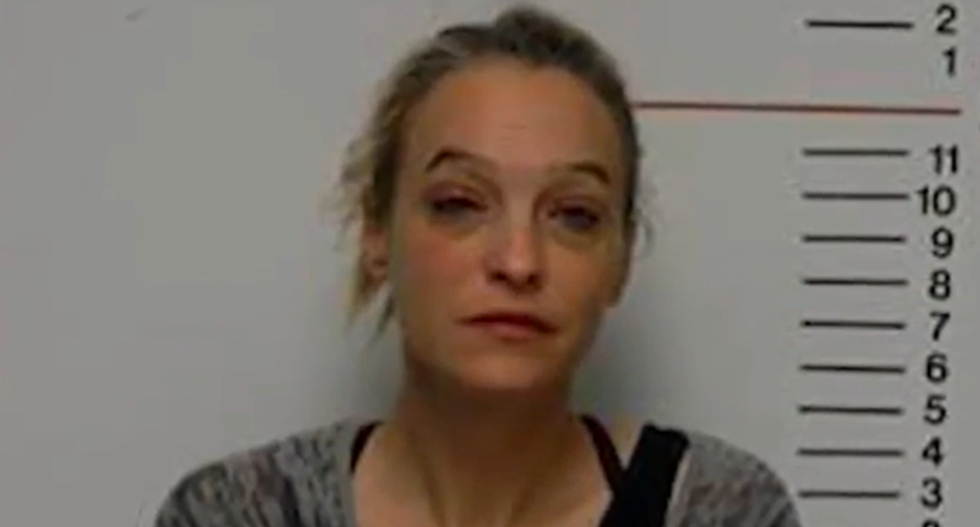 According to WLWT 5, authorities in Middletown, Ohio arrested a 39-year-old white woman after she harassed a Muslim Uber driver and "hit him several times in the face."

"I'm an American and this is what I pay for all the time! Do you not realize that?" Melissa Lovins could be heard screaming on the 911 dispatch. "You're not from here, and I'll f**k you up!"

Lovins was accompanied by a male passenger, who told police that the two had been drinking and were going to her house to sleep it off. The driver said that Lovins demanded to know his opinion on President Donald Trump while the car was stopped at a railroad crossing, and when the driver said company policy prohibited him from discussing politics, Lovins began to scream racist insults and hit the seats and console of the vehicle, before striking the driver himself.

The driver eventually left the vehicle, and Lovins pursued him, and police arrived on the scene as her fellow passenger tried to break them apart.

According to police, Lovins was "very belligerent, unsteady on her feet, smelled like alcohol, admitted she had been drinking and told officers she 'didn't care.'" She was taken to the emergency room before being booked at the Middletown City Jail.

The Ohio chapter of the Council on American-Islamic Relations (CAIR) has called for charging Lovins with a hate crime.