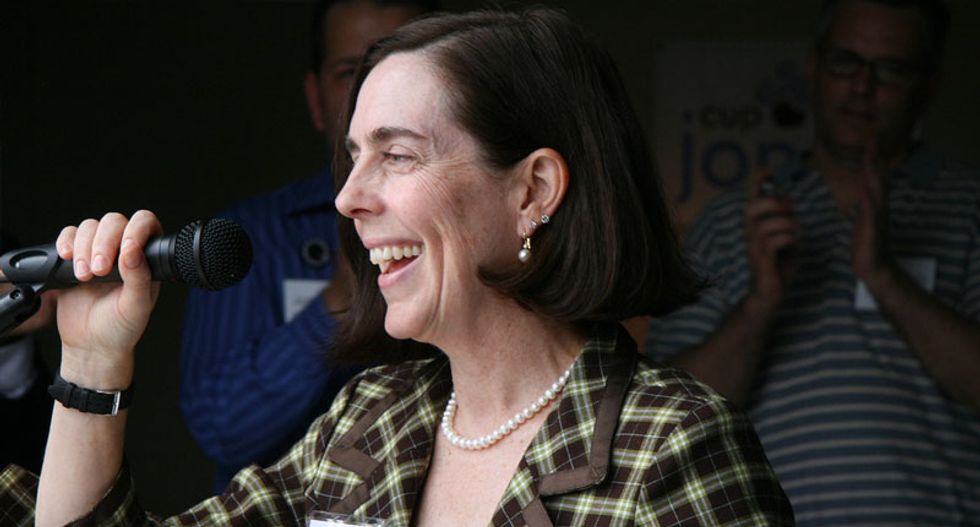 On Thursday, Democrats in the Oregon House of Representatives voted to subpoena 11 Senate Republican members who walked off their jobs and fled the state capitol in order to block consideration of a carbon pricing bill.

"This is unusual, it’s extraordinary action," said House Rules Committee Chair Paul Holvey to reporters. "But it’s because of the extraordinary lack of action of the House Republicans not to show up and fulfill their oath to this body ... This cannot become the new normal for the state of Oregon in the legislative branch."

Republicans' absence is due to a quirk in the rules of the legislature. Democrats command majorities in both chambers, but Republicans have enough members that if they walk out, the legislature has no quorum and cannot move forward with debate on anything.

Incredibly, this is the second straight term in which Oregon Republicans have employed this tactic to stop climate legislation.

Last term when the Republicans walked out, the situation grew ugly, with Democratic Gov. Kate Brown sending state troopers to bring them back, and a number of right-wing paramilitary groups vowing to "protect" the absent lawmakers. One GOP state senator, Brian Boquist, even threatened to shoot state police if they tried to take him in, saying that they should "come heavily armed." On that occasion, faced with the risk of violence, Democrats backed down and took the cap and trade bill off the calendar.

This time, however, they appear much less keen on allowing Republicans to block the government from doing business.