Oregon man reported workplace racism -- so his boss got him arrested 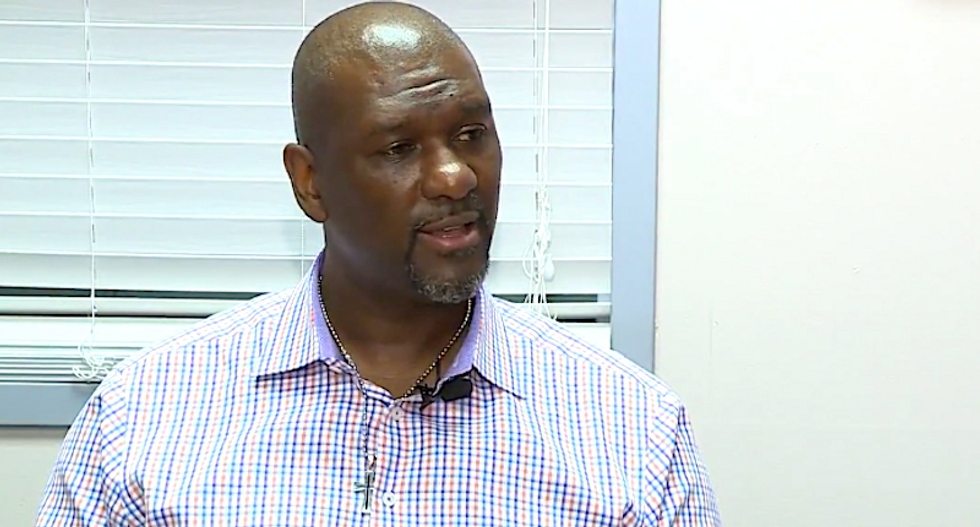 A black Oregon man was awarded an additional $600,000 after his former boss called in a favor from a police chief friend and had him arrested for reporting workplace discrimination.

Michael Fesser brought his concerns in February 2017 about racial harassment by co-workers to Eric Benson, owner of A&B Towing in Southeast Portland, and complained other employees called him racial slurs and asked how he liked a Confederate flag placed on a pickup parked in the company's lot, reported The Oregonian.

Benson responded to the complaint by calling in a favor from fishing buddy Terry Timeus, who was West Linn police chief at the time -- and asked officers to put together a theft case against Fesser before he could sue the company for racial discrimination.

“They started out by trying to assassinate my character,” Fesser told KOIN-TV.

The case had no ties to West Linn, but officers working as Timeus' "personal posse" began making surreptitious audio recordings of Fesser at work without a warrant or court order -- and then arrested him without probable cause and seized his cash, cell phone and documents without a search warrant.

The 48-year-old eventually filed a lawsuit, which turned up numerous racist and crude text messages between the former police chief and Benson aimed at Fesser and others.

The West Linn detective who led the bogus investigation deleted the offensive texts fro his own phone, but court records show they were found on another.

Fesser, a father of eight who now runs a prison ministry and a post-prison transition program for former inmates, said he took legal action to prevent such abuses from happening to other black men.

“Ever since that arrest, I was terrified to go to West Linn,” Fesser told the newspaper. “This has to be exposed, and it has to stop.”

Fesser was indicted in November 2017 based on grand jury testimony from Benson and West Linn detective Tony Reeves, along with two witnesses described by West Linn police as "shady," but lawyers for his former boss offered to have the charges dismissed if he dropped his civil lawsuit.

Nearly a year after the arrest, Fesser's lawyers received the damning text messages -- and the case swiftly moved forward.

Benson and A&B Towing agreed in March 2018 to pay Fesser $415,000 in damages, wages and attorney fees to settle his discrimination suit, and West Linn agreed this week -- three years after he first complained about workplace harassment -- to settle for $600,000 for his wrongful arrest.

"We hope that our local police will take the very strong local and national reaction we are seeing to this case as a strong message that reform is required," Fesser's attorney Paul Buchanan told CBS News. "It is scary that the police can so readily make up claims that are not true."

Biden calls U.S. Supreme Court abortion ruling 'a sad day for the court and for the country'

"It's a sad day for the court and for the country," Biden said in a White House address after the ruling, which he said was taking the country back 150 years.