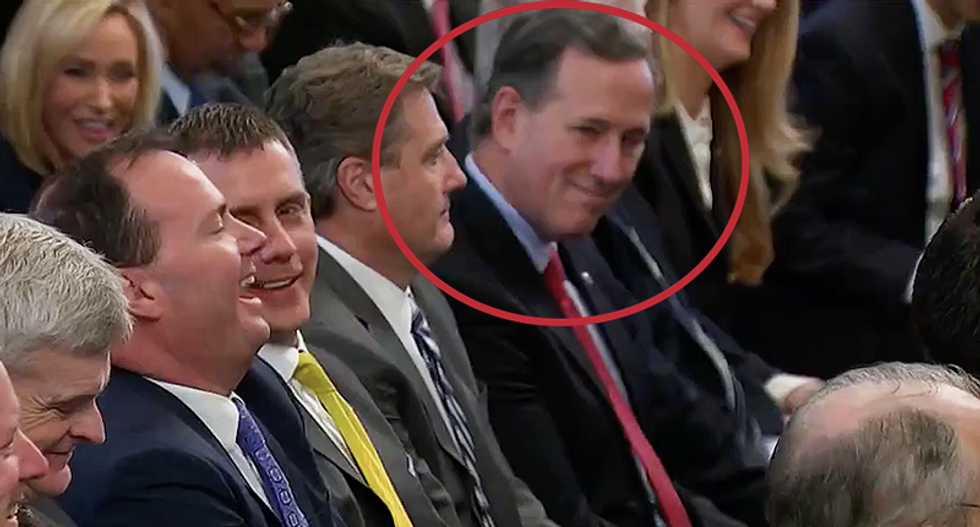 CNN commentator Rick Santorum doesn't always agree with President Donald Trump when he's on television, but he was caught in the celebration audience for the president's post-impeachment event. It wasn't in the press area.

For many employees of news stations or newspapers, even donating to a candidate is unacceptable, but Santorum pretends to stand in moral opposition to the president while celebrating him just a few rows back in the White House.

Just hours prior to taking his seat at the White House, Santorum was on CNN blasting Sen. Mitt Romney (R-UT) for voting "guilty" on the first article of impeachment. He claimed that the vote made "vulnerable Republicans more vulnerable," because Romney was willing to vote his conscience, but Republicans in difficult seats refused to do so.

At least one person asked CNN about the conflict of interest.

You can see the clip of Santorum below: