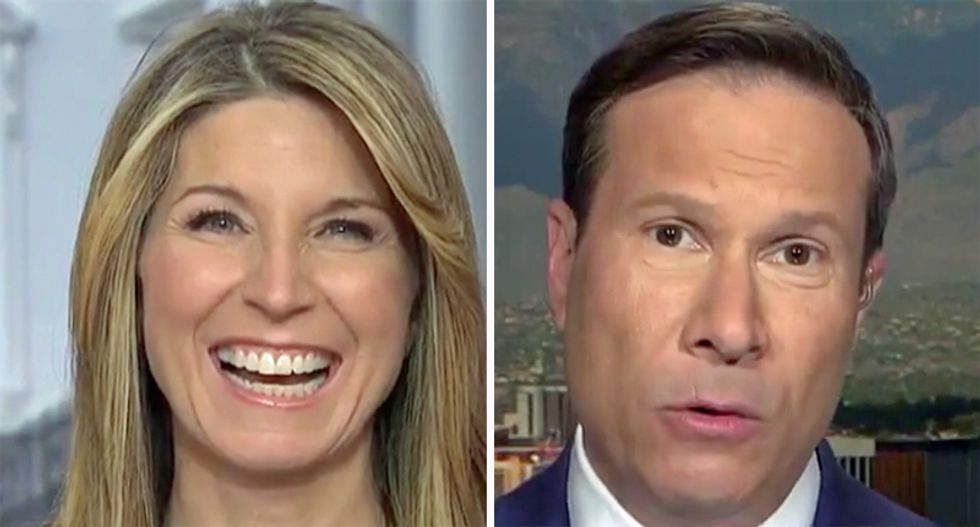 MSNBC "Deadline: White House" host Nicolle Wallace was completely shocked to learn that the Department of Justice has started a formal process to receive conspiracy theories from Rudy Giuliani.

"Attorney General William P. Barr acknowledged Monday that the Justice Department would evaluate material that Rudolph W. Giuliani, President Trump’s personal attorney, had gathered from Ukrainian sources claiming to have damaging information about former vice president Joe Biden and his family — though Barr and other officials suggested Giuliani was being treated no differently than any tipster," The Washington Post reported Monday.

The AG was confirming an assertion made by Sen. Lindsey Graham (R-SC) on CBS's "Face the Nation" on Sunday.

"What?" Wallace shouted after playing the clip.

"Rudy writes crap on napkins and like hands it to Lev Parnas," she reminded. "What the bleep was that?"

"First, I'd like to announce I've established my own process -- it's a conspiracy hotline," Figliuzzi joked.

"If you have a concocted conspiracy theory -- proven wrong by our entire intelligence community -- and proven to be Russian propaganda, please call 1-800-Utter-BS," he joked.