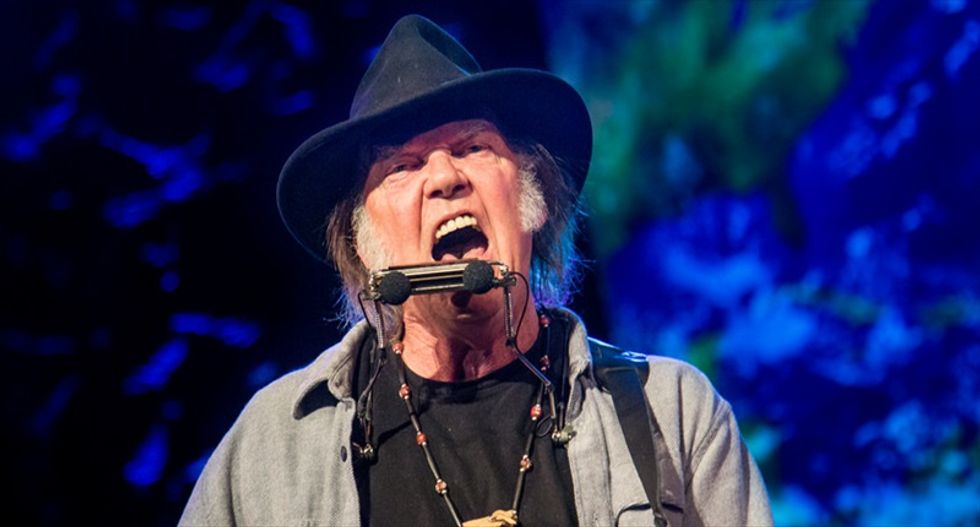 Newly minted American citizen Neil Young is using his platform to rail against Donald Trump, calling the US president "a disgrace to my country" while endorsing Bernie Sanders.

In an open letter on his website, Young said Trump's "mindless destruction of our shared natural resources, our environment and our relationships with friends around the world is unforgivable."

"I don't blame the people who voted for you. I support their right to express themselves, although they have been lied to, and in many cases believed the lies, they are true Americans. I have their back," he continued.

The prolific rocker became a US citizen earlier this year, having lived in California for decades, and also retains his Canadian citizenship.

In his letter, Young voiced praise for Sanders, who is currently leading the Democratic primary pack, saying the leftist has "the answers I like."

"He is aiming at preserving our children's future directly. He is not popular with the democratic establishment because unlike all the other candidates, he is not pandering to the industries accelerating Earth's Climate Disaster, the end of the world as we know it. He is truly fighting for the USA," Young wrote.

"His initials are BS. Not his policies."

Young voiced disdain for Trump's use of the classic hit "Rockin' in the Free World" at his rallies, which the artist has asked him to stop while acknowledging that he can't actually prevent the song's use.

"Every time 'Rockin' in the Free World' or one of my songs is played at your rallies, I hope you hear my voice," he wrote. "Remember it is the voice of a tax-paying U.S. citizen who does not support you. Me."

Trump has appeared in the past to be a fan of Young, telling Rolling Stone in 2008 that the 74-year-old superstar has "got something very special."

"I've lisened to his music for years," Trump said at the time. "He's performed for me at my casinos over the years and he just brings it down. I've met him on occasions and he’s a terrific guy."

Asked if he had a preferred Young work, Trump was vague: "It's sort of all favorite."

A longtime environmental crusader, Young's most recent album "Colorado" centered on climate, as did his 2015 album "The Monsanto Years," which saw the artist attack the agricultural corporate titan over its genetically modified seeds.