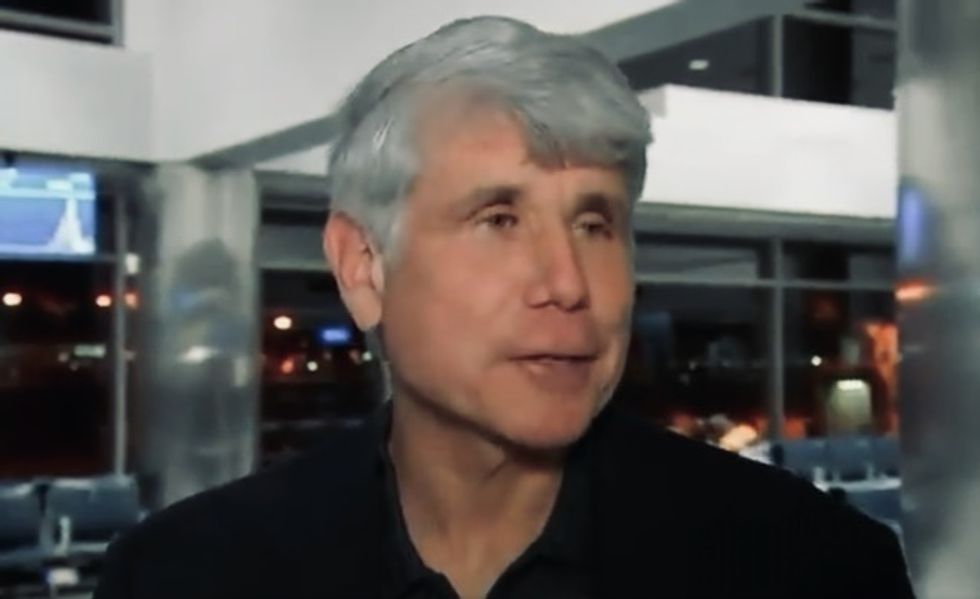 "Meanwhile thousands of poor and working-class kids sit in jail for nonviolent drug convictions. This is what a broken and racist criminal justice system looks like."

Sen. Bernie Sanders said late Tuesday that President Donald Trump's decision to grant clemency to several prominent white-collar criminals—including the former governor of Illinois and a financier known as the "junk bond king"—was a demonstration of how the U.S. criminal justice system favors the powerful while punishing the vulnerable.

Trump, who on Tuesday declared himself the "chief law enforcement officer of the country," pardoned or commuted the prison sentences of 11 people, including financier Michael Milken, who served 22 months in jail for racketeering and securities fraud charges; former New York City police commissioner Bernard Kerik, who was convicted on multiple counts of tax fraud and lying to the government; and Illinois' former Democratic Gov. Rod Blagojevich, who was convicted of bribery, wire fraud, and attempted extortion after trying to sell Barack Obama's vacant Senate seat.

"He's got a obviously a big fan in me," Blagojevich said of Trump after being released from prison Tuesday. "And if you're asking what my party affiliation is, I'm a Trumpocrat."

Jay Young, executive director of Common Cause Illinois, said in a statement that by commuting Blagojevich's sentence, "Trump once again swims in the swamp he promised to drain."

As The Daily Beast reported late Tuesday, several of the people Trump granted clemency are "either Fox News regulars or have been championed by the president's favorite cable-news network."

"And in another case, the family of one pardon recipient dished out massive contributions to the president's re-election campaign just months before Trump's clemency spree," according to The Daily Beast.

In response to The Daily Beast's report, Democratic presidential candidate Sen. Elizabeth Warren (D-Mass.) tweeted, "It looks like in the Trump White House, you can buy a pardon."

"This is corruption," Warren added, "plain and simple."