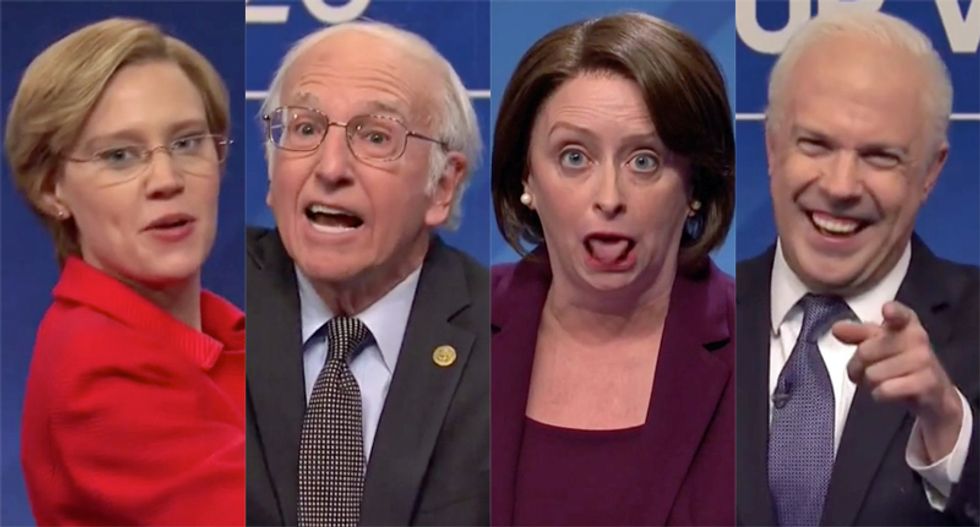 NBC's "Saturday Night Live" parodied the state of the Democratic race for president by roasting the ABC debate in New Hampshire.

"Joe Biden's go to do what Joe Biden does best, sneak up from behind," he said.

Colin Jost portrayed former South Bend Mayor Pete Buttigieg, who asked the audience to help him get the hashtag #WhiteObama trending -- "and not ironically."