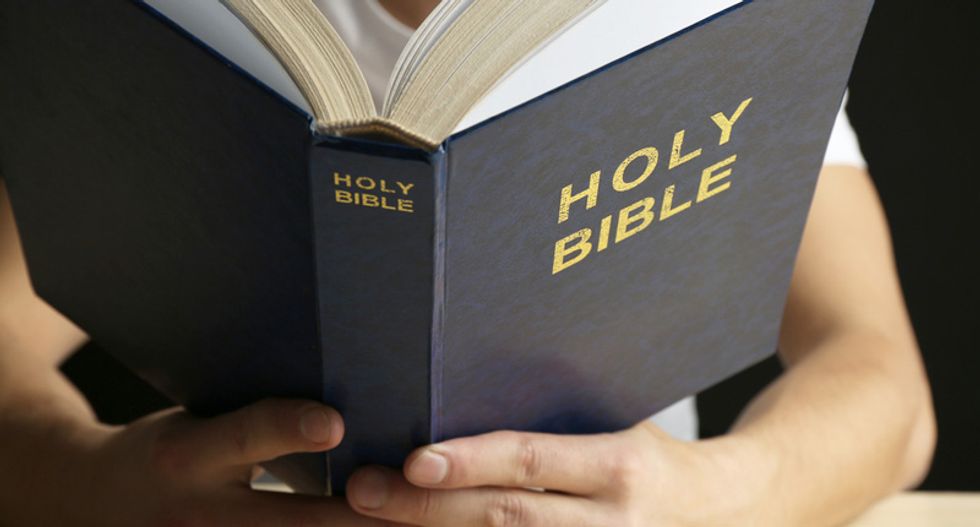 A group of chemists and a local newspaper have busted a local church that has been luring in followers by claiming to have an oil-secreting Bible that can help cure sickness and addiction.

The Chattanooga Times Free Press reports that a ministry called "His Name is Flowing Oil," led by two men named Jerry Pearce and Johnny Taylor, has luring in followers by touting its possession of a Bible that supposedly secretes oil that they then extract and put into vials.

However, the newspaper took a sample of the vial to the University of Tennessee at Chattanooga, where chemists at the school determined that it was actually just mineral oil purchased from a local tractor supply store.

"The tests found Pearce's oil is petroleum-derived and the results 'strongly suggest that the oil sample is mineral oil,' according to the analysis," the Times Free Press reports. "The second test, comparing the chemical composition of Pearce's oil to the product sold at Tractor Supply, found a nearly exact match."

Additionally, two employees of the Dalton Tractor Supply in Dalton, Georgia have told the paper that Pearce regularly comes into their store and buys gallons of mineral oil.

Although Pearce accused the employees of lying, he and his partner have abruptly shut down their operation and are claiming that the Bible's oil secretions have mysteriously stopped.