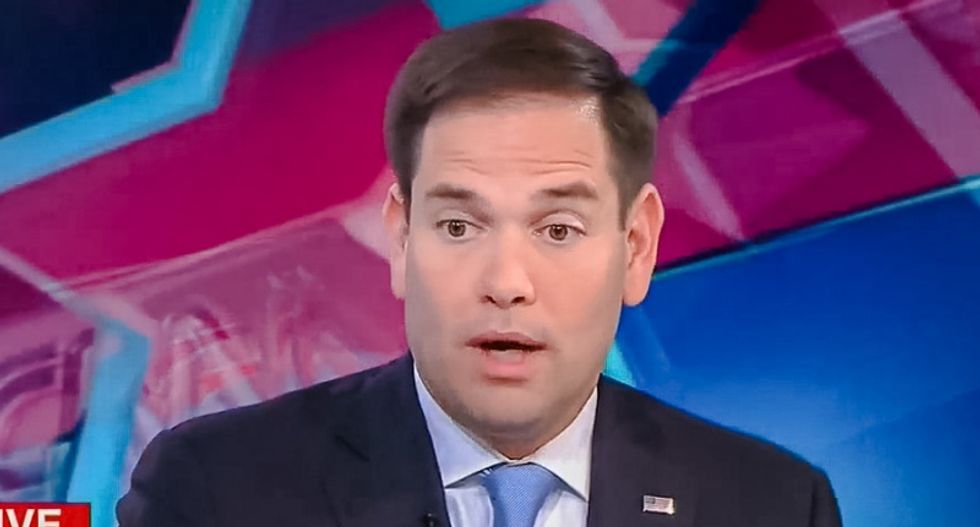 Before Donald Trump’s presidency, Max Boot was a proud Republican — and the conservative Washington Post columnist is still decidedly right-wing. But Boot left the GOP because of Trumpism, which he believes has been terrible for the conservative movement and terrible for the United States. And following Senate Republicans’ vote against featuring any witnesses during Trump’s impeachment trial, Boot is asserting that the GOP doesn’t even deserve to survive as a party.

“Trump will leave office someday — I hope! — but he will leave behind a quasi-authoritarian party that is as corrupt as he is,” Boot stresses. “The failure to call witnesses in Trump’s impeachment trial revealed the GOP’s moral failure.”

On Friday, January 31, only two Republicans joined Senate Democrats in voting in favor of featuring witnesses in the trial: Sen. Mitt Romney of Utah and Sen. Susan Collins of Maine. Democrats were hoping for testimony from former National Security Adviser John Bolton, who in his forthcoming book, “The Room Where It Happened: A White House Memoir” (which is due out on March 17), alleges that Trump made an investigation of former Vice President Joe Biden and his son, Hunter Biden, a condition of military aid to Ukraine. Bolton, in other words, alleges the very “quid pro quo” that Democrats have been offering as a reason for removing Trump from office.

Boot explains, “The New York Times reported that, in his forthcoming book, former National Security Adviser John Bolton writes that Trump told him in August he wanted to freeze military aid to Ukraine ‘until officials there helped with investigations into Democrats, including the Bidens.’ For one brief moment, it appeared that this blockbuster revelation would shatter the Republican wall of complicity. Senate Majority Leader Mitch McConnell (R.-KY) even said on Tuesday that he didn’t have the votes to stop witnesses from testifying. By Friday, he had the votes; the motion to call witnesses failed, 51-49.”

The reasons Senate Republicans have been offering for the opposition to having witnesses during Trump’s impeachment trial, Boot asserts, are flimsy at best — and the real reason Sen. Marco Rubio, Sen.  Cory Gardner and Sen. Thom Tillis were anti-witness was a fear of Trump’s base.

“It’s obvious what’s going on in Rubio’s case: he thinks he has a future in politics and wants to stay on the good side of Trump supporters,” Boot emphasizes. “His colleagues who are facing reelection this year, such as Cory Gardner (Colo.) and Thom Tillis (NC), are no doubt terrified Trump will endorse a primary challenger. Some other Republicans are no doubt deluded enough to imagine that Trump’s call was “perfect.”

Boot notes that even some GOP senators who are retiring — most notably, Sen. Lamar Alexander of Tennessee — voted against featuring witnesses.

“Tim Alberta of Politico makes a convincing case that even retiring lawmakers fear breaking with the president would hurt their future ‘earning power’ and subject them to unwelcome ‘harassment’ from Trump cultists,” Boot writes. “These concerns are understandable but should not be dispositive. Senators who shirk their constitutional duties are cowards who disgrace their oaths of office and betray the Constitution. Our troops risk their lives for this country; these senators won’t even risk some unpleasantness.”

Boot wraps up his column by stressing that a party as morally bankrupt as the GOP should cease to exist.

“I want nothing to do with a party led by the deluded and the dishonest,” Boot asserts. “I fervently hope our democracy survives this debacle. I fervently hope the Republican Party does not.”