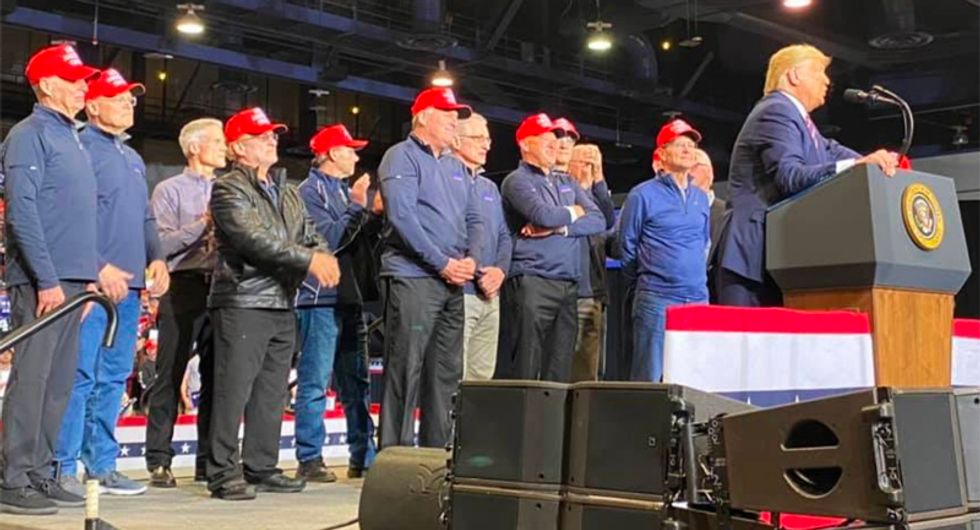 In an early Sunday morning tweet, award-winning journalist Soledad O'Brien expressed her dismay with members of the 1980 Gold Medal-winning Olympic hockey team for celebrating their historic win over the then-Soviet Union -- dubbed the "Miracle on Ice" -- with Donald Trump while wearing "Make America Great Again" hats.

According to O'Brien, seeing them hand Trump a photo-op filled her with "disappointment."

Taking to Twitter, she wrote, " Ugh.... so disappointed by the @1980MiracleTeam . I loved watching that game as a kid with my dad. Loved watching the movie with my kids. To see them on a stage, in maga hats—kinda crushing I have to say."

O'Brien's comment was echoed by many of her Twitter followers and you can see some of the responses below:

@soledadobrien @1980MiracleTeam They have forever tarnished their legacy. And for what? Disappointing doesn't even… https://t.co/vnuCLHJDDk
— Eric Slater (@Eric Slater) 1582467106.0