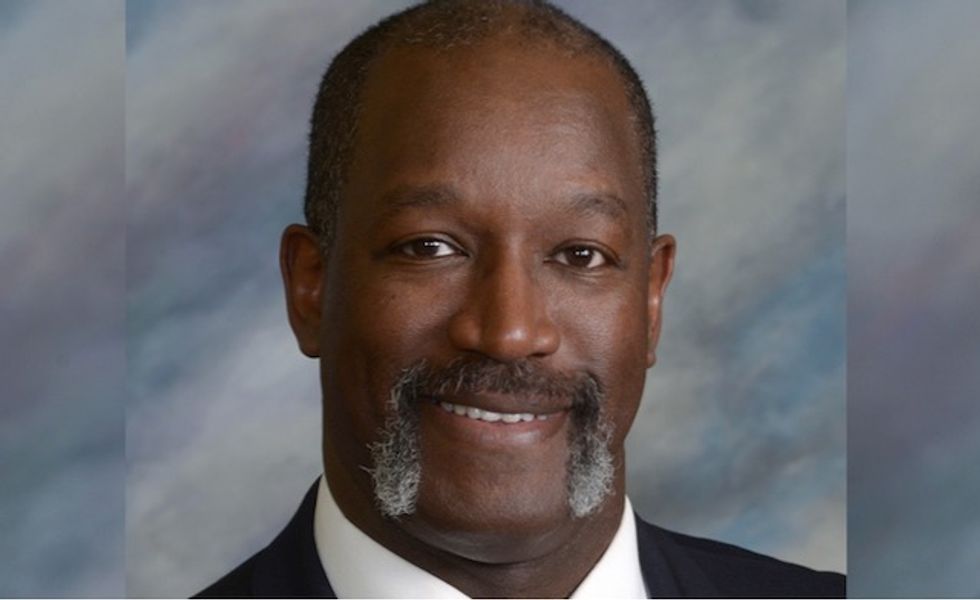 One South Dakota Republican state legislator is pushing several bills he has authored that would attack the entire LGBTQ community, and make it harder for anyone, regardless of who they married, to get divorced.

South Dakota state Rep. Tony Randolph's HB 1215 would make it illegal for two people of the same gender to marry. It would also ban benefits from being given to existing married same-sex couples, ban protections for LGBTQ people, ban any recognition of transgender people, ban conversion therapy, and even ban "drag queen storytime."

One line in Rep. Randolph's bill exposes what he thinks of LGBTQ people, looping them in with "zoophilia."

The bill says: "The state may not enforce, endorse, or favor policies that" "Condone or affirm homosexual, transgender, zoophilia, objectophilia, polygamy, or sexual orientation doctrines."

The policy director for the ACLU of South Dakota calls it "the legislative version of 'saying the quiet part out loud.'":

The #SDleg is out of control - lawmakers there have a clear agenda to attack, suppress, and remove LGBTQ+ people fr… https://t.co/TzsXhR9Mwe
— The Chris Mosier (@The Chris Mosier) 1580421953.0

Rep. Randolph is not satisfied attacking just LGBTQ people. He's also trying to make it harder for anyone in South Dakota to divorce.

HB 1158 would eliminate "irreconcilable differences" as a legal reason for filing for divorce. It would also swap "Conviction of felony" with a new reason: "Criminal conviction that resulted in incarceration."

Last week a bill supported but not authored by Rep. Randolph easily passed through the South Dakota House.

HB 1057 would make it illegal for physicians to perform gender confirmation surgery on transgender youth or teens, and even make it illegal to prescribe hormones to them.

It would also legally define "sex" as "the biological state of being female or male, based on sex organs, chromosomes, and endogenous hormone profiles."

Randolph is also the author of legislation that would make sex education "opt-in," requiring parental approval before students are allowed to attend. HB 1162 would also direct that South Dakota sex education classes "Stress the importance and benefits of abstinence from all sexual activity before marriage," "Stress the importance of fidelity after marriage for preventing certain communicable diseases and strengthen the bond between spouses," and "Communicate that sexual abstinence is the only effective method of eliminating the risk of unplanned or out-of-wedlock pregnancy and sexually-transmitted diseases."