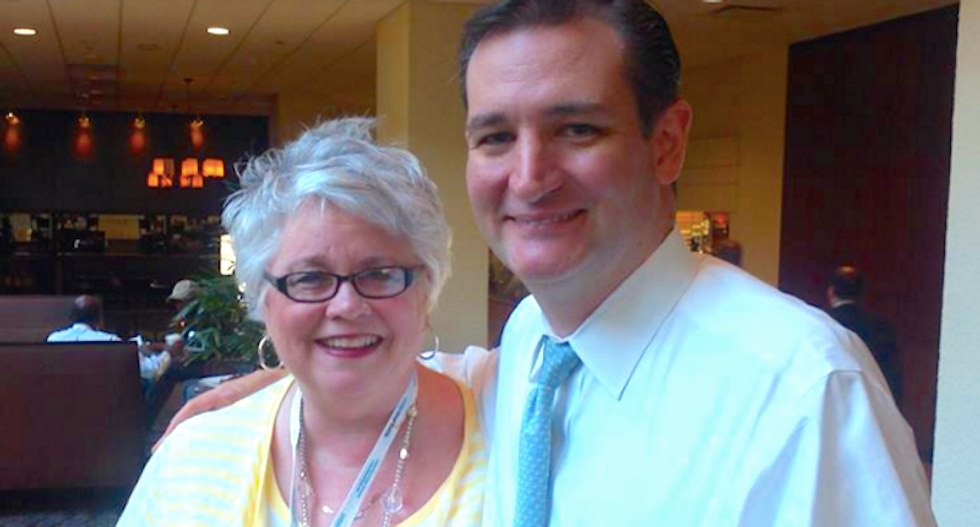 The diatribe, first flagged on Twitter by author and nonprofit director Jessica Shortall, was in reply to a post by former LCR Houston official Marco Antonio Roberts, who was responding to a threat from a member of the State Republican Executive Committee to deny the LCR credentials at the Texas GOP State Convention.

"As a group [LCR] is no longer about an individual participating, but it is an express advocacy group, and the LCR's unique identity is homosexuality which is in conflict with the principles & platform of the Republican Party," wrote Sue Evenwel. "The party would also not allow express advocacy groups for murders, burglars, adulterers or fornicators, yet there may be some among us dealing with those issues who are also Republicans working and voting for our candidates."

Evenwel, the chairwoman of the Titus County Republican Party, is also a member of the State Republican Executive Committee, which is currently grappling with the future of the LCR's status within the state party.

She is best known for being a lead plaintiff in the landmark Supreme Court case Evenwel v. Abbott, in which she argued that federal courts should force states to apportion legislative districts using the number of eligible voters, rather than the total population. Such a change would have invalidated nearly all state legislative lines in the country, and forced lawmakers to draw up districts that are overwhelmingly more rural, white, and conservative.

In 2016, the Supreme Court ruled unanimously against Evenwel, holding that states are not required to exclude nonvoters from redistricting — but they also did not explicitly prohibit it, potentially leaving the door open for conservative state legislatures to do so after this year's census.