'This is enough to prove extortion': Val Demmings challenges GOP senators to convict Trump over Ukraine 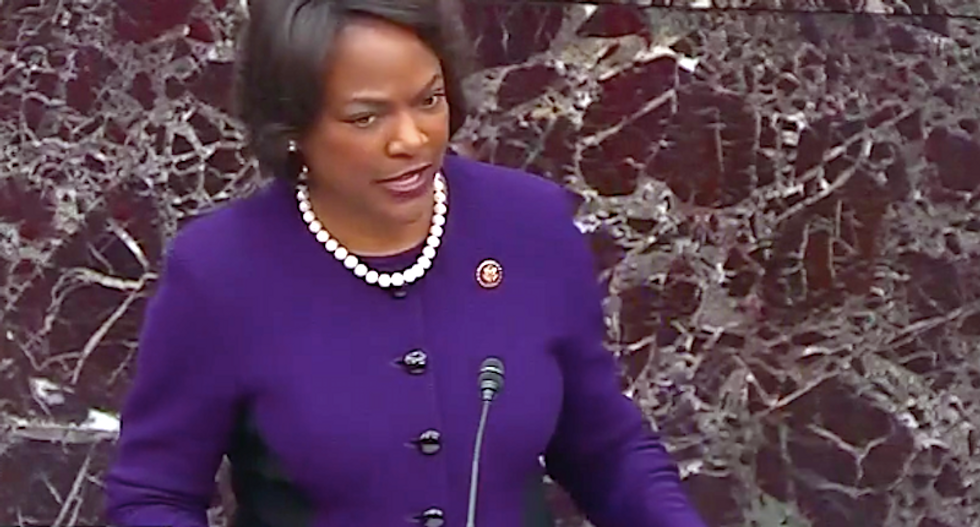 Rep. Val Demmings argued that impeachment evidence would have been enough to convict President Donald Trump of extortion in a court of law.

The Florida Democrat leveled the accusation during her portion of the House managers' closing argument in the Senate impeachment trial, where Republicans are poised to acquit the president despite evidence of a scheme to pressure Ukraine to announce an investigation of Joe Biden in exchange for military aid.

"The president claims that Ukraine did not know of the freeze in aid, though we know this to be false," Demmings said. "As a former deputy foreign minister has admitted publicly, they found out about it within days of the July 25 call and kept it quiet."

"But no one can dispute that even after the hold became public on July, on Aug. 28, President Trump's representatives continued their efforts to secure Ukraine's announcement of the investigations," she added. "This is enough to prove extortion in court, and it is certainly enough to prove it here."