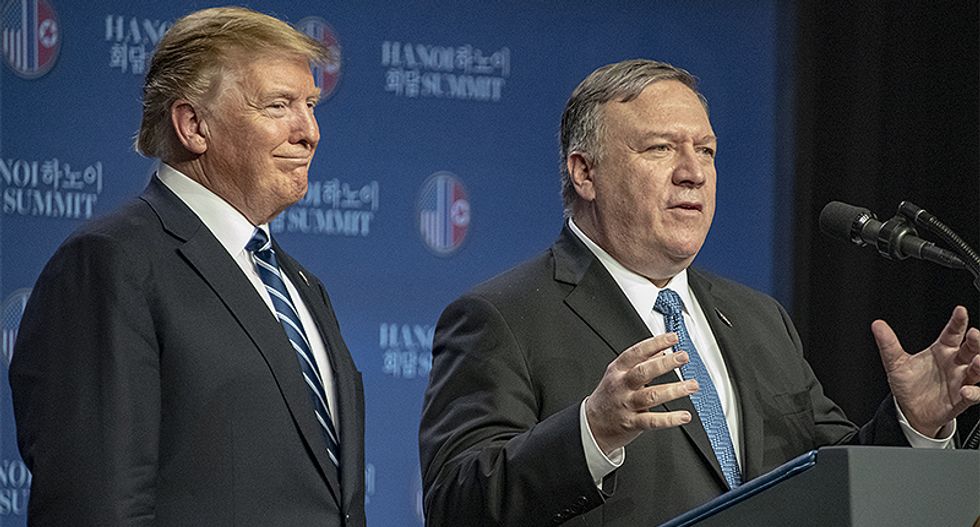 In a column for the Washington Post, longtime conservative Max Boot claimed that the highly-touted peace deal Secretary of State Mike Pompeo signed early Saturday morning with Afghan officials is much less than what the White House is selling to the public.

Beginning by warning of the "treachery of labels," Boot pointed out, "It has been heartening to see a steep reduction in violence over the past week — a U.S. precondition for signing the deal — but there is no agreement on a permanent cease-fire, much less a resolution of all the issues that divide the democratically elected Afghan government from the Taliban. What was signed on Saturday is an agreement to try to reach an agreement. To get even this far, the United States had to drop its long-standing demand for intra-Afghan negotiations to precede a U.S. troop drawdown."

However, he points out, what may follow will likely not be what was promised.

"The ugly scenario would look like South Vietnam," Boot explained. "The 1973 Paris Peace Accords brought an end to the U.S. military presence in South Vietnam, but North Vietnam began violating its terms at once. Two years later, the weakened state of South Vietnam was overrun by a North Vietnamese blitzkrieg. America’s abandoned allies had to flee or be consigned to brutal 'reeducation' camps."

"If I had to bet now, I would say that the 'ugly' scenario is the most likely and the 'good' scenario the least likely," he elaborated. "The 'bad' scenario — with the Taliban dominating an ostensibly democratic government at gunpoint — is in the middle in terms of probability. How bad it would be depends on whether the Taliban would try to enforce their medieval mores on city dwellers, as they did in the 1990s, or whether, like Hezbollah, they would now tolerate different social systems in different parts of the country. The odds are they will be as brutal as ever — though they have promised to be more progressive in the future."

According to the columnist, the real problem with the agreement as it now stands, is that it is designed more to please Donald Trump than it is to end the conflict.

"Trump’s aides thought he was committed to partnering with Kurdish forces in northern Syria to fight both Islamic State and Iranian power. They were caught off guard in December 2018 when the president announced a pullout<" Boot explained before warning, " Afghanistan could be Syria redux. Trump is plainly itching to leave, and could easily decide to pull out whether the Taliban are complying or not just so he will have something to brag about with voters. The deal with the Taliban at least offers a hope of peace — but, paradoxically, realizing its potential will require a more sustained U.S. troop presence than Trump is likely to tolerate."