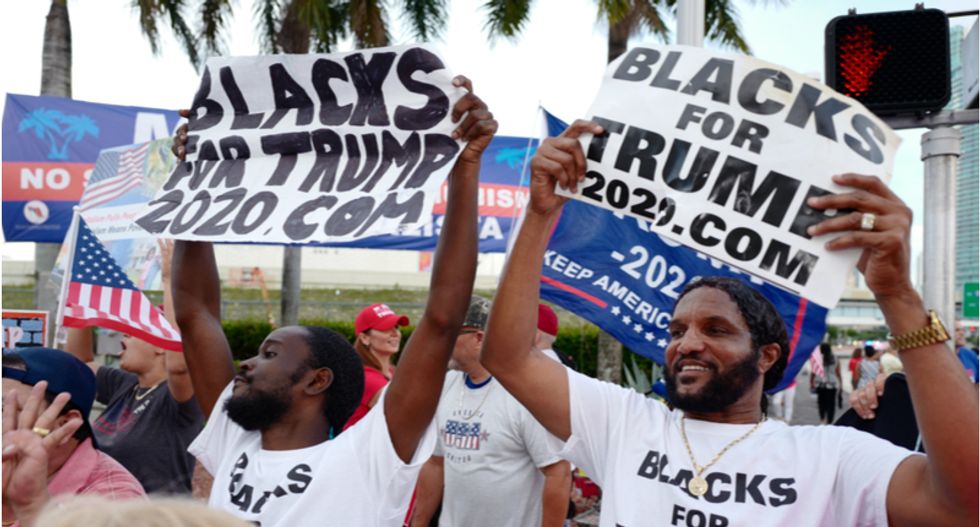 In an effort to boost African American support, President Trump's 2020 campaign is leasing 15 retail properties in predominantly black neighborhoods in swings states across the country in an effort to register voters and promote Trump policies that have allegedly helped black communities, the New York Times reports.

The Trump campaign gave reporters a preview of the effort at a mock community center inside its campaign headquarters in Arlington, Virginia, which featured large TV screens showing pro-Trump testimonials from black voters. Other displays showed posters featuring smiling black Trump supporters with shout-outs to the administration’s overhaul of the criminal justice system, its funding of historically black colleges and universities, and the country’s record-low unemployment rate.

“For decades you have had a community that has been controlled by the Democratic Party," she said. "Republicans haven’t even gone into deliver their message."

Some who are opposed to Trump are skeptical the effort can achieve what it has set out to accomplish.

“This is not something we’ve ever seen before, in terms of opening offices in black communities. There is a reality that we know that some black voters are going to vote for Trump.”

Read the full report over at the New York Times.