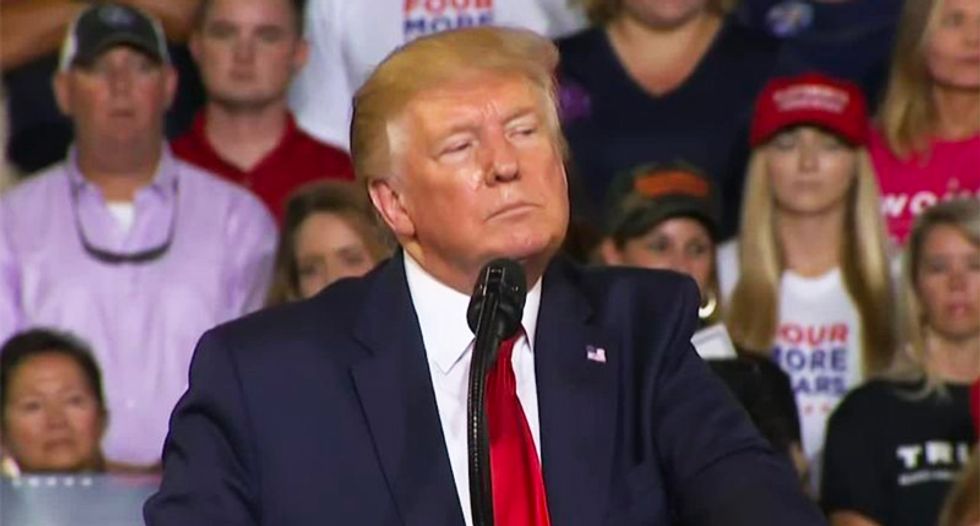 At Monday night's rally in New Hampshire, President Donald Trump made a new claim about the border wall: That it is being paid for with "redemption money" from immigrants.

The president was adamant during his 2016 campaign that he would force the Mexican government to pay for his border wall. He never quite explained how this would work, but seemed to vaguely have the idea that Mexico could somehow be compelled to use its trade surplus with the United States — which is simply the extra amount of money Mexican businesses charged U.S. businesses for goods and services than vice versa.

It is unclear what he means by "redemption money," but in reality most of the money he is using for his barely-begun border wall is coming from the military, thanks to his declaration of a national emergency.