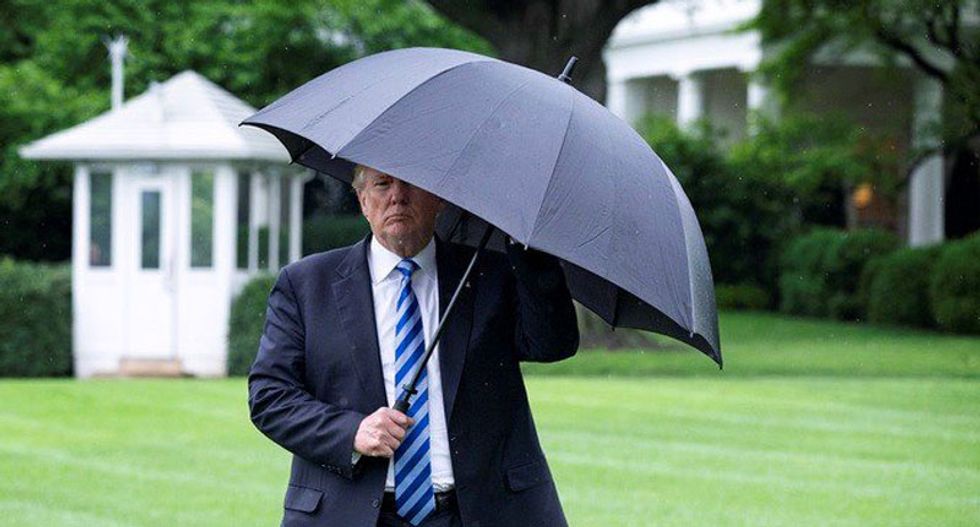 The outburst -- which numbered dozens of tweets and retweets -- occurred after the president returned to Mar-a-Lago from Trump International Golf Club.

"POTUS managed to fit some golf in despite bouts of substantial rain here in West Palm Beach," the White House pool reported.

Trump praised his supporters, lashed out at his enemies, and bragged about his time in office.

Trump began by thanking a supporter, David J. Harris, Jr., who filmed a video of himself walking through an airport with a red, "Keep America Great" Trump reelection campaign hat.

His retweets revealed his White House pushing essentially the same exact message as his reelection campaign:

From day one, President @realDonaldTrump has fought to give our Border Patrol the resources they need. The result… https://t.co/t0CzmGf1kN
— The White House (@The White House) 1581719583.0

As of publication, Trump had sent 40 messages on Twitter after returning to Mar-a-Lago.

Thank you to @JackBrewerBSI for your kind words on the great progress we have made on our powerful African-American… https://t.co/1HHVngRk3y
— Donald J. Trump (@Donald J. Trump) 1581806444.0