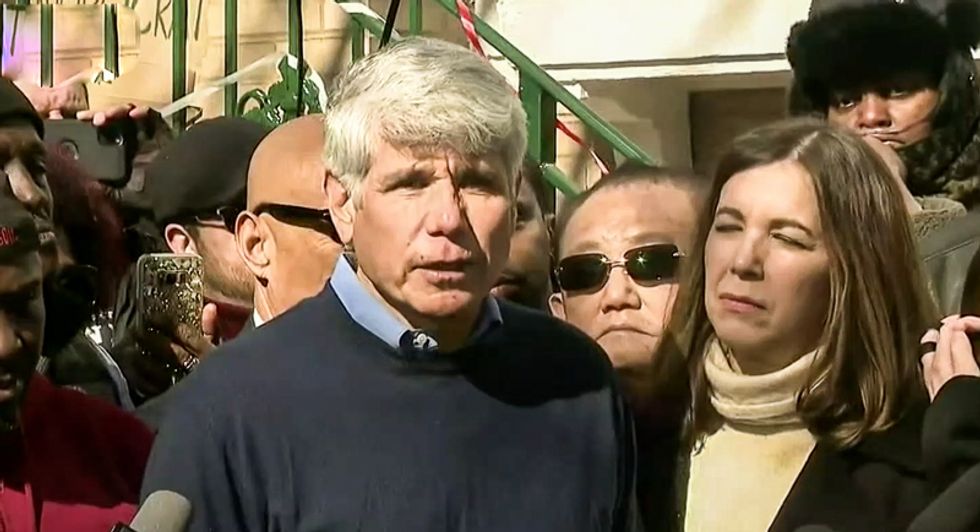 A new report from the Herald Tribune claims that the Illinois Republican Party's election strategy has been thrown into disarray after President Donald Trump commuted the prison sentence of infamously corrupt former Democratic Gov. Rod Blagojevich.

"Looking ahead to the November general election, leading Illinois Republicans thought they had a marketable message to voters by pointing to myriad federal investigations that have ensnared Democrats at the city, suburban and state level," the publication writes. "But Republican President Donald Trump’s decision Tuesday to commute former Democratic Gov. Rod Blagojevich’s prison sentence on federal corruption charges may have short-circuited the GOP’s strategy."

Even though Republicans across the country typically hold their tongues when it comes to criticizing the president, Illinois Republicans did not hesitate to knock Trump for his decision to free a man who was convicted on multiple corruption charges after trying to sell the Senate seat of former President Barack Obama.

"Blagojevich is the face of public corruption in Illinois, and not once has he shown any remorse for his clear and documented record of egregious crimes that undermined the trust placed in him by voters," five Illinois Republicans said in a joint statement after the commutation. "As our state continues to grapple with political corruption, we shouldn’t let those who breached the public trust off the hook. History will not judge Rod Blagojevich well."