Trump now has a ‘blank check’ thanks to Senate Republicans — and we all know he’s going to try to cash it: op-ed 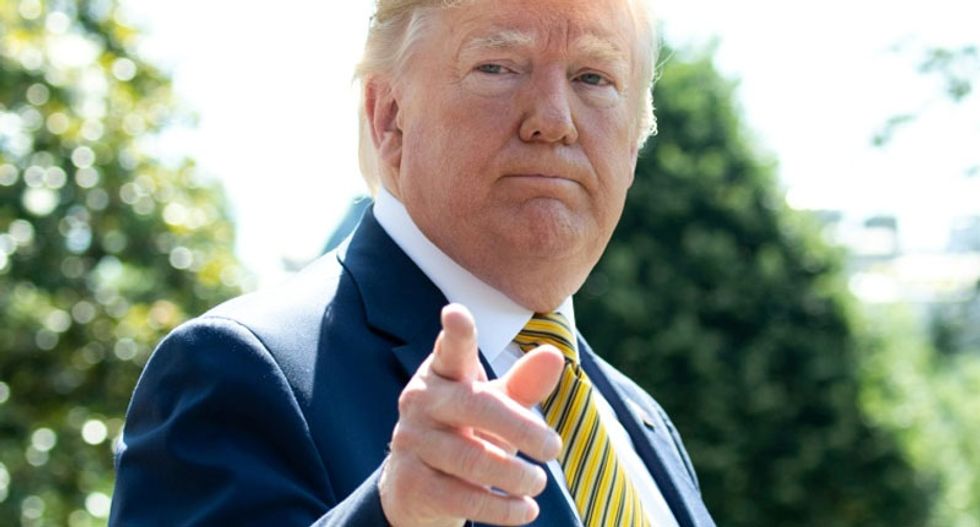 If Trump were to wake up tomorrow and try to pressure another foreign government to investigate, say, Bernie Sanders, what would the consequences be? Thanks to Senate Republicans, there would be no consequences, according to political scientist and Washington Post columnist Brian Klaas.

"From the start, it was obvious that Senate Republicans would not risk angering the beast that is the Trumpian base," Klaas writes. "But in making that craven short-term political calculation, they have done long-term damage to American democracy. They have paved the road to authoritarianism — and they have done it while a dangerous demagogue occupies the Oval Office."

According to Klaas, the precedents set by Trump's most loyal defenders are alarming, but nevertheless establish a new standard: His behavior doesn't amount to any sort of an impeachable offense. "Trump now has a blank check," writes Klaas. "We all know that he will try to cash it."

"If Trump commits a crime (as he allegedly has, repeatedly), he cannot be indicted under guidelines from the Justice Department," he continues. "And if he yet again abuses his power with corrupt intent, it’s up to his lackeys in the Senate to hold him accountable with an impeachment trial — and they just spectacularly failed to do so despite him committing the most egregious abuse of power in recent American history."

Klaas writes that our fragile Democracy is upheld by foundation of laws and norms that have developed over decades, and one of those norms is the shared expectancy that elected officials who abuse their power will face severe consequences.

"Trump will face none. And American democracy, which has already withered under a president with severe authoritarian impulses, will continue to waste away."