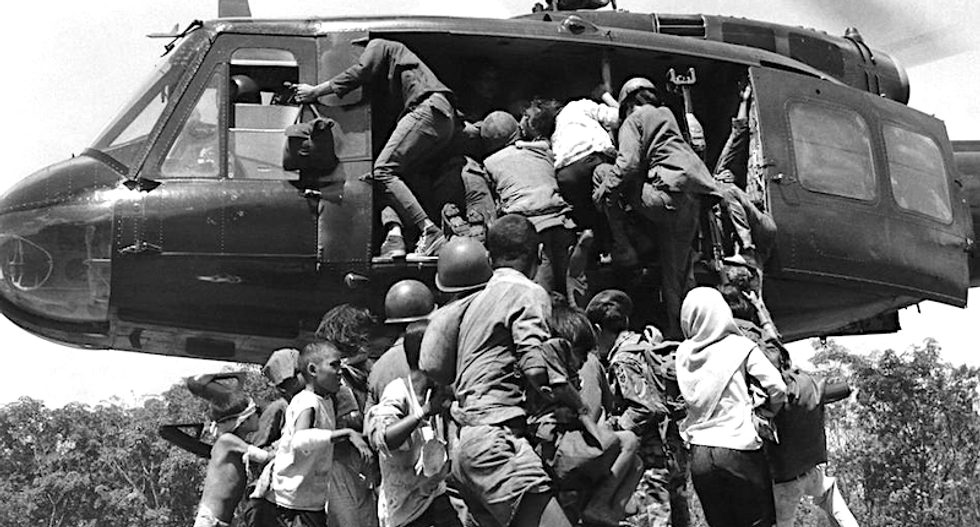 The Trump administration is moving to betray thousands of Hmong immigrants who came to the United States after the Vietnam War.

Secretary of State Mike Pompeo met late last month with Lao foreign minister Saleumxay Kommasith, and a letter dated Feb. 3 revealed the administration was negotiating to allow for the deportation of Laos-born immigrants back to their birth country, reported Wisconsin Public Radio.

Rep. Betty McCollum (D-MN), who represents a number of Hmong families, called the policy "a direct attack" on her constituents and described the plan -- which would affect more than 4,500 people -- as "unconscionable."

The administration would deport U.S. residents back to Laos if they are not citizens and have committed crimes or already have deportation orders against them, but they had long been safe from deportation because of a history of human rights violations against the Hmong by the Communist government in Laos.

Many Hmong sided with the U.S. during the Vietnam War and later fled their home country to avoid persecution.

"My dad was part of the (Hmong) military in Laos that resisted the Communist Party," said Zang Vang, of the Wisconsin Hmong Association in Madison. "The reason we left the country is we’re considered the enemy."

"If the plans of the U.S. government is to send (Hmong residents) back, basically they'll be persecuted, imprisoned or killed," said Long Vue, executive director of Wisconsin United Coalition of Mutual Assistance Association Inc.

There are about 49,000 Hmong in Wisconsin and about 300,000 nationwide, according to U.S. Census data, and the majority of them are U.S. citizens.

Many of the others are Green Card holders who are legal residents but not U.S. citizens, who came to the U.S. as young children during refugee resettlement more than 20 years ago, and they speak English and have few connections to their birth country.

"The Hmong community will come out and vote in this election if that does go through, and they will remember it," said Yee Leng Xiong, director of the Hmong American Center in Wausau.