Trump punishing Lt. Col. Alexander Vindman for his testimony would be 'itself an impeachable offense': WaPo journalist 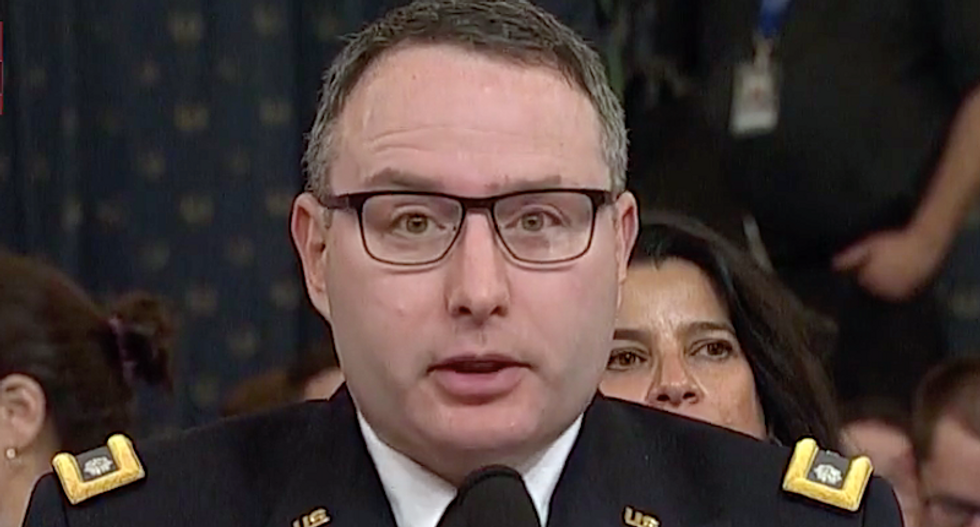 Speaking to a gaggle of reporters this Friday, President Trump hinted that Lt. Col. Alexander Vindman, who was a key witness in the House Democrats' impeachment inquiry, could be on his way out of the White House, CNN reports.

Trump later took to Twitter and retweeted several tweets calling for Vindman to be fired.

According to various media reports, the Ukraine specialist at the National Security Council could be reassigned to the Pentagon as early as Friday.

But according to Washington Post journalist Radley Balko, any sort of retribution against Vindman for his testimony is in and of itself an impeachable offense.

"Punishing Vindman for his testimony is itself an impeachable offense," Balko tweeted. "It's both retribution for telling the truth and a clear threat to anyone else who might contemplate testifying against Trump or filing a whistleblower complaint."