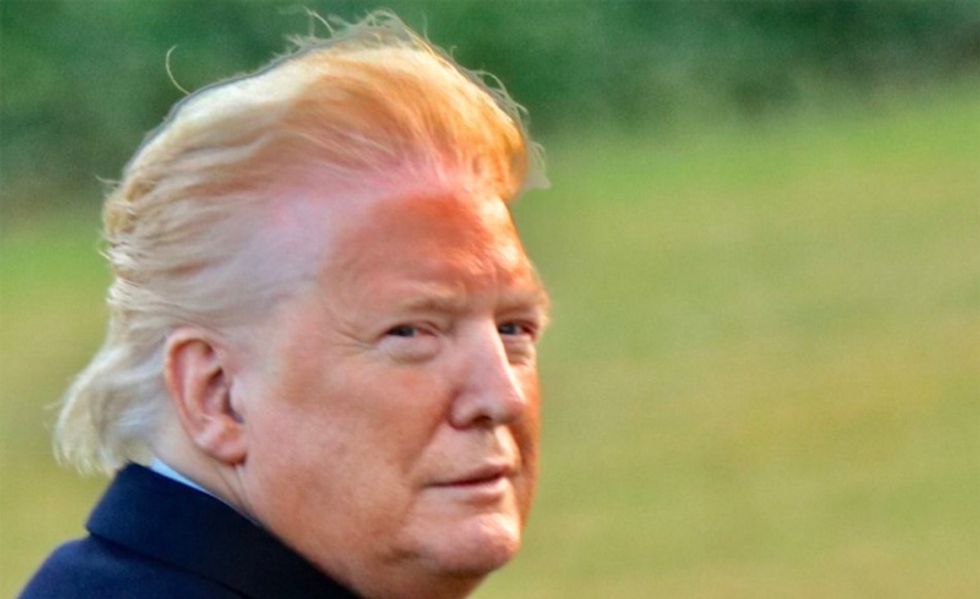 If many in the public had not seen the viral photo of Donald Trump with his windblown hair and what appears to be a substantial amount of make-up plastered on his face, they likely have seen it now after the president retweeted with a complaint that it is "fake news."

Late Friday night the photo was widely shared after it was posted to Twitter by an unverified account called  “White House Photos” (@photowhitehouse).

Saturday afternoon, Trump himself tweeted a black and white version, complained about it, then complimented how his hair looks in it.

You can see the president's tweet below -- along with the colorized version.